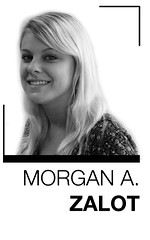 When the sun rises over Philadelphia, a small section is blocked from its light by Temple’s new, 13-story medical school building, which faces North Broad Street near Ontario Street.

Some residents of the community, regardless of whether they live in the looming shadow of the new building, are up in arms over it.

Cynthia Fullenwellen, a member of the Zion Baptist Church on Broad Street north of the medical school, said she has friends who live near the hospital. Her organization, along with others in the community, has been in talks with Temple about the school for years.

Fullenwellen said she got involved in July 2002, but she hasn’t been impressed with how Temple handled community involvement in the project.

“Temple did not engage the community,” she said, citing that architects she knows through her involvement in the Partners for Sacred Places organization said the design of the building appeared to be deliberately closing out the surrounding community.

Assistant Vice President of University Communications Ray Betzner said Temple was in contact with the community from the project’s inception and that meetings were held regularly to keep interested citizens updated on the process.

But Fullenwellen said at one point, Temple’s meetings stopped.

Regardless of the he-said, she-said game the community and Temple are now playing, it must be difficult for a neighborhood to deal with a change as large as a 13-story building. But what’s being overlooked is that North Broad Street is already littered with university properties that look like skyscrapers compared to row homes. It’s the nature of Temple that has become the nature of North Philadelphia.

So why argue now? Why not fight down the medical school proposal back in its early stages? It isn’t like Temple is going to knock the building down, regardless of whether it darkens neighborhoods.

As community involvement and Temple lending a listening ear goes, let’s face it. More likely than not, none of us will ever know who essentially dropped the ball or where the lines of communications closed.
What we do know, however, is what some members of the community want.

“I think Temple needs to reach out more to the community,” Fullenwellen said. “[Temple should establish] a community panel and bring the community together for one meeting, but they don’t want to do that.”

An inquiry about the community involvement policy of the Department of Licenses and Inspections Zoning Board, which approves sites for new building for the city, went unanswered.

Regardless of community involvement or lack thereof involving the new medical school, one thing is clear: relations between Temple and its surrounding community aren’t going as smoothly as they could be.

If Temple intends to remain a staple in North Philadelphia and tout its culture involving urban life, as a city university, it should strive to involve the community surrounding it. Fullenwellen’s idea for a united panel among all members affected by Temple isn’t a bad one.

Trash is a reflection on the community it clutters.

A History of North Broad Street

North Broad Street has changed through time and through Temple.

Kopp: Next step is success in Tournament