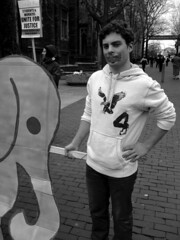 PASNAP representatives and hospital administrators met Friday to negotiate a new contract but were unsuccessful.

In the midst of a contract battle with Temple Hospital, PASNAP members protested at a ribbon-cutting Friday.