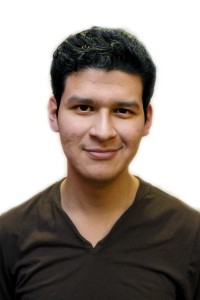 Upon walking into the Asian Arts Initiative and showing my ticket to view – or should I say experience – “Pay Up,” I was instantly thrown into a world of uncertainty.

“You get a white sticker,” said the girl checking people in, putting extra emphasis on the “you.”

Were there other sticker colors? Did this mean I was different from other audience members? Was the fact I was wearing a white shirt going to make this white sticker an inconvenience?

Those were just some of the many questions I had within the first two minutes of arriving to “Pay Up,” a pay-as-you-go theater piece that’s part of the Fringe Festival. All of the shows within “Pay Up” are based around money in some way.

Breaking it down, in “Pay Up” you are given five $1 bills, eight shows to choose from and six opportunities to see a show. These are a lot of numbers to handle as an audience member, but what it comes down to is that you won’t be able to experience all eight shows within “Pay Up” in one visit.

Before I was allowed into the space where the play was taking place, I was given these booties to put over my shoes. I assumed these booties were to protect my shoes from the show; they must have had some kind of messy liquid or something on the floor.

As soon as I entered the space, however, I realized the booties were there to protect the space from my shoes. The space where the show was taking place was a white room with white walls, and all of the cast members were wearing white suits.

It was quite possibly the most sterile theatrical space I’ve ever been in. After a few minutes of walking around the space, grabbing a confusing map of it and not being allowed into any of the rooms where the plays were taking place, a robotic female voice came on the loudspeakers to tell us the rules of the game.

When the buzzer would sound, we’d have a short amount of time to make it into a play. The plays only held a certain number of viewers, so some people would inevitably find themselves locked out of the plays altogether.

The first buzzer rang and everyone was off to find a play. Some looked at their maps, others discussed with their parties what they should see, while others ditched their groups and went rogue.

I threw caution to the wind and just went with whatever was closest to me. The first show I watched, “Exact Amount,” was about a father-son relationship. It was very true to the theme of “Pay Up.” One thing I noticed that I really like was that a black man played the father while the son was a white man.

In the second show I watched, “Box Artist,” a woman played a role that was voiced by a man. And in the third play I saw, “Butterflies,” a black woman played a white man’s sister. I’m a sucker for unconventional, or colorblind, casting and these actors did a great job of making me see their performance shine through the casting choices.

Halfway through the show we were all treated to a song and dance number by the whole cast. Then, the buzzer rang again. The routine of everyone frantically searching for a show began. Now, let me say that if you’ve never experienced people in their 50s and 60s running in front of people, trying to cut lines and getting angry when they’re locked out of a show because “it’s just not fair,” you should really get a ticket to see “Pay Up.” That’s a show in itself.

The shows were categorized as funny or sad. The first three shows I saw were all in the sad category, so I decided to try and use my map to find a funny show. Unfortunately, I could not figure out my map, the senior citizens were faster than me and I was genuinely curious to know what would happen if I was locked out.

Well, there I was. Locked out. I don’t want to ruin any surprises but all I’m going to say is that the actors that are in the space when you’re locked out are there to help you. In my experience, it was very helpful to know Español. Take that as you will.

After my time in “Pay Up” purgatory, I made it into one more show, and it was a sad one.

When opportunity six came around, I was out of money. If you’re keeping score at home, you may be wondering why since I only saw four shows. My only defense is to say I only saw four “official” shows.

Another secret I’m willing to leak about purgatory is that there is a black market. But you didn’t hear it from me. The buzzer sounded one last time, the show ended with one last song and dance number and we all exited.

There may have also been some theatrics going on as we left as well. All I can say is, if you go to “Pay Up,” keep an open mind, ditch your group and don’t stress about the stickers – they don’t really mean anything.

Luis Fernando Rodriguez can be reached at luis.fernando@temple.edu or on Twitter @theluisfernando.

The cast used Zoom breakout rooms to perform their show, which had been cancelled in-person due to the COVID-19 pandemic.