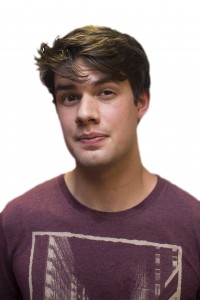 If it takes an entire village to raise one child, then it’s going to take the effort of every Philadelphian to make sure the city’s children have affordable, quality education.

On May 30, Philadelphia’s School Reform Commission passed a budget of $2.39 billion to cover the school district’s $304 million deficit and prevent a projected $1.1 billion shortfall by 2017. The new budget barely covers basic costs, which means Philadelphia’s children are attending schools this year with a scarcity of teachers and other faculty members, textbooks and additional supplies.

The administrative duties of the city’s public schools will no doubt be shirked due to constrained budgets. Ben Fils and Rachael Eisenberg, respective second and third-year students at Temple’s Beasley School of Law, said as school funding becomes scarcer, disciplinary procedures have become harsher across the board – an issue they and about 60 other students are confronting at full force.

Eisenberg is the former director and current advocate for the School Discipline Advocacy Service, a coalition of Temple and University of Pennsylvania law students who advocate for district students during disciplinary processes such as suspensions, transfers and expulsions. Eisenberg and Fils, the current director for SDAS, said public schools’ codes of conduct have the potential to exacerbate the disciplinary standings of students while they face state-forced austerity.

“I think schools want the best for their kids, I just think that a lot of their hands are tied because of resources,” Fils said in an email. “The discipline measures they have in place now, because of the constraints that are put on them … might not be enough to support the students they have.”

SDAS aims to raise awareness of the specific rights allotted to students and parents while going through their school’s disciplinary hearings. One such right is a notice in the mail from the school that informs parents of their student’s disciplinary status. Fils said some families never receive these state-mandated letters due to miscellaneous “bureaucratic reasons,” and other students might be unaware of their right to have an advocate speak on their behalf. The coalition’s outreach committee creates and hosts presentations educating communities on these and other rights.

However, SDAS is specifically combating a more widespread socioeconomic and political phenomenon: the school-to-prison pipeline. Fils said resources that could be allocated by the state to education are instead often funneled into correctional facilities, such as the $400 million being used to build a prison complex in Phoenixville, Pa.

Punitive and “zero tolerance” policies at public schools could mean students’ disciplinary statuses will be determined through the juvenile justice system, which can lead to recidivistic student behavior.

“When resources that could be going to the schools are going to correctional institutions in the juvenile justice system, it shows where priorities are,” Fils said. “It also shows where, unfortunately, the state expects a lot of our children to be down the road.”

Because SDAS is composed of law students and not professional lawyers, Eisenberg and Fils said they are not able to provide actual legal advice for district students and their families. Instead, they research state law and meticulously examine a school’s code of conduct. In doing so, the coalition can provide students’ families a better understanding of their choices while moving forward in their disciplinary hearings at no cost, a service Fills said he believes is desperately needed.

“As advocates for our clients, we help mitigate the pressure that such a hostile environment could create,” Fils said. “We help balance the process in what often feels like a battle between David and Goliath.”

Fils and Eisenberg recently hosted a workshop on campus that extensively trained close to 60 law students from Temple and Penn in child advocacy strategy, practical school discipline and professional ethics. The program was facilitated by David Lapp of the Education Law Center and Sara Jacobson from Beasley School of Law, drawing on information from similar organizations at other law schools, such as the City University of New York’s School of Law.

When these students founded SDAS, they said their motivation was to help fix the unstructured disciplinary process in Philadelphia’s schools, which were receiving a lot of media attention at the time, similar to the overall district crisis. They recognized this as an opportunity to put their education into action and give back to the community.

Temple students have full access to the benefits of their institution without having to share their skills and knowledge with North Philadelphia residents. However, universities are not solely responsible for the cultivation of students’ minds, but also the surrounding communities as well.

It doesn’t matter if a student lives 20 minutes outside the city or along the West Coast. Temple students are members of the Philadelphia community, and we must use our talents not only for our own futures and ambitions, but for those of our neighbors, too.

E. Payne Schroeder can be reached at payne.schroeder@temple.edu.

The NYC occupation is influencing similar Philadelphia plans for action by citizens. While most students were celebrating the start of the weekend or preparing for Temple’s football game, several Temple law students were boarding a

Joe Hogan and Patrick Long flew to Warsaw, Poland, during spring break to help refugees at the Ukraine-Poland border, and are now attempting to increase housing opportunities for those in need.