After a period of inactivity, The Fire brings bands back to its stage.

The Fire in Fishtown reopened last Wednesday after receiving some tough breaks in the past few months. As an opening show, the venue hosted a tribute to Wilco Thursday, Jan. 13, with Birdie Busch, the Great Unknown, Kurt Vile and more. 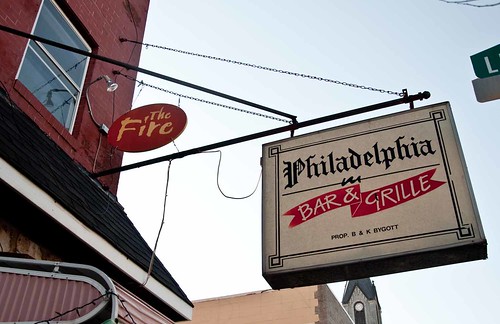 The Fire at the Philadelphia Bar and Grille experienced a rough patch when a patron attempted suicide on Oct. 31, 2009 and died a few days later in the hospital. The venue was then shut down in November by Licenses and Inspections and had to cancel all upcoming shows. The Fire received support in December when World Live Cafe held a benefit show for its re-opening.

Derek Dorsey, the manager and talent buyer for The Fire, announced the re-opening on one of City Paper’s blogs, Critical Mass.

Hot Potato Café on Girard Avenue will star in the season premiere of FOX’s show this Friday.

‘Pezheads’ range from families to students

Loco Pez, named one of the best bars in Philly, gains business from all ages.

The new casino on Delaware Avenue could leave the community in  bad shape. Philly loves a winner,” is the motto for the city’s latest addition, the SugarHouse Casino, which made its grand opening Sept. 23