For some bands, it’s not so easy to sound similar to another band.

On its highly anticipated debut LP, Running With The Wasters, Pittsburgh quartet the Takeover UK is nearly impossible to typify. The diverse smattering of influences that seem to shine through in its music ranges from early punk like the Clash to 21st century alternative rock like the Strokes.

Brass instruments on the colorful opening tracks “The Lonely Ones” and “Birthday Boy” evoke the Mighty Mighty Bosstones and the Slackers. Up-tempo tracks “Ah La La” and “Running with the Wasters” contribute a Brit rock vibe similar to Blur and Hard-Fi.

The band’s diversity is apparent, especially by the fifth track, the country rock ballad “Denise” is complete with bouncing basslines, rhythmic acoustic guitar, soaring harmonies and steel lap guitar. Such an unexpected segue, both in tempo and genre, is an ear-catching transition.

Equally as impactful is the wistful “Evelyn,” a ‘60s-sounding ballad, that’s sweet melancholy reaches even further with the addition of strings. The driving piano on “Damn Tryin’,” begins in similar fashion to Foreigner’s “Cold as Ice” and builds to smooth three-part harmonies.

Lead singers Nic Snyder and Mark Solomich lead a powerful vocal assault, trading places and backing each other up throughout the album. High-energy, riveting chorus lines categorize the band’s sound on Wasters, particularly on the upbeat rock track “Main Street Crush.” Another boisterous sing along is the finale, “Don’t Wait Up,” a fast-paced, Strokes-esque rocker that rounds off the album on a high note. 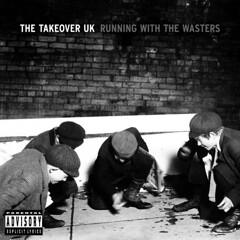 The lyrical content of the album is not nearly as varied as its instrumentation. Most every song seems to attempt to tackle the ongoing riddle of the elusive female. Some are as unambiguous as “Kill Me Dead,” on which Snyder sings, “I’ve been staying out all night / and I just thought that you should know / I’m a man of simple pleasures / Why don’t we have a go?”

Luckily for the Takeover UK, it outshines any overarching Strokes comparisons, displaying mastery of varied instrumentation, catchy guitar riffs, power vocals and toe-tapping rhythms. There may not be one band out there that works for a proper comparison to this group of guys – and that’s not a bad thing.

For the Western Pennsylvania four-piece, this is clearly an effort of eclectic musical stylings and an impressive debut. This is diverse, feel-good rock at its finest.

Kevin Brosky can be reached at kevinbrosky@temple.edu.

Listening to summer classics can provide an escape from hectic summer schedules.

Tax may choke out smoking

A 22-cent hike in federal cigarette taxes will make smoking even less fiscally responsible, which could make entrances to Temple buildings a little less smoky.

Pod a piece of sushi heaven