Director Amir Bar-Lev explains the story behind Pat Tillman, who was killed by friendly fire in 2004.

“The ideas of truth and reality really intrigued me to do the film,” Bar-Lev said. “Both touch on an undercurrent of any news story. The way we get our news is so superficial. Journalists get there, get the story and leave quickly. If you stick around a little longer, you’ll find the story is much more complex than [what will show] on the newscast.” 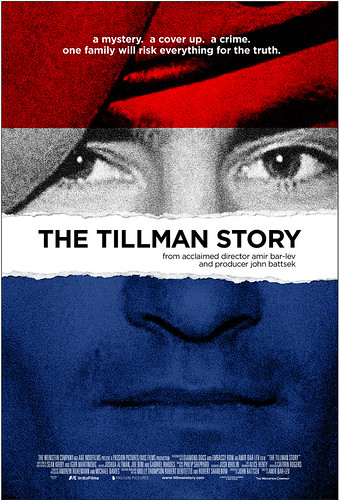 In 2002, Pat Tillman went from a safety for the NFL’s Arizona Cardinals to a U.S. Army Ranger. Two years later, he was killed in Afghanistan. The government initially claimed enemy fire to be the cause, but after further investigation prompted by Tillman’s family, it was found that he was killed by friendly fire. Tillman’s story again made headlines. From 2007 to 2010, the makers of “The Tillman Story” set out to dig deep and reveal the circumstances surrounding Pat Tillman’s death.

The film tells the story of how Tillman, his family members and their story were portrayed by the media, and it speaks more about the kind of person Tillman was not.

His parents, who did most of the investigating, as well as his brothers Kevin, who went to war with him, and Richard said he was not a hero and never thought himself of one – a point Bar-Lev emphasizes throughout the film.

“There was a lot used to compare Pat to films in the late ‘90s about WWII soldiers,” Bar-Lev said.

The director said the real challenge was finding the balance of not portraying Tillman as a heroic cartoon character, but also not finding his human aspects by dissecting him or digging too far into his psyche.

Tillman refused interviews about why he left the NFL to go to war, which the director tied into the film’s de-basing of the celebrity archetype. The film reveals that Donald Rumsfeld, former U.S. Secretary of State, sent a letter to Tillman to thank him personally for his service and wish him well. The film points out that Tillman, a celebrity, was treated differently by the government than other soldiers, despite his wishes otherwise.

But, according to the story the film tells, Tillman could not escape the media even after his death.

“The Tillman Story” shows how his mother felt he was used merely as a propaganda tool for the war in the Middle East at the time. The family considers itself old-fashioned, and instead of getting privacy, it got thrust even further into the spotlight.

“Our culture refuses to allow any area of our lives to be private,” Bar-Lev said. “At the same time, [‘The Tillman Story’] has everything you want in a movie. There’s the conflict, the conspiracy, the love story, the emotion.”

The director said Tillman is survived by his family through these simplicities, not fame.

One thing viewers might not expect – but will get plenty of – is laughter throughout the film. The opening sequence, which shows a clip of Tillman having his headshot taken for the Cardinals, has such a sense of levity and comedy that the audience nearly forgets the film focuses on a fallen soldier and government investigations.

While the family still seeks closure, the film sends an uplifting message. Yes, it is the story of a family’s fight for the truth about their son. But more so, it is a story of the son himself as a young man in his twenties, who, in a clip from one of the last scenes, can be seen drinking a beer and laughing with his friends.

Matt Flocco can be reached at
matthew.flocco@temple.edu.

This week, the men’s soccer team came very close, but fell just short of grabbing its first win of the season in two games this past week.

Sex, with or without the TV

A recent study by Dr. Laurence Steinberg shows that the media aren’t necessarily to blame for adolesecent sexual activity. Before Google became my go-to for unanswered questions, I had to turn to something besides the

The former first-team American Athletic Conference defender was selected by Arizona on the first day of the NFL Draft Thursday on the Benjamin Franklin Parkway.