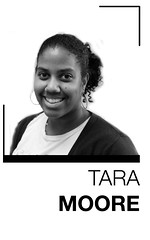 The Rev. Jeremiah Wright is the pastor at the Trinity United Church of Christ.

It’s a shame we now only know his faults because he was leaving great impressions on people since his high school days back in the 1950s. How does a country let the media distort the image of a man of such caliber to move a congregation without question?

It’s actually quite simple. There’s a famous saying, “ignorance is bliss.” In this case, however, ignorance was either hit or miss.

There is a side of Jeremiah Wright that we remain ignorant to simply because we choose not to go beyond what we are told, and let the major media outlets have the final say on an issue. What if information about Jeremiah Wright’s youth was brought to light? Would you be willing to listen?

The truth is, Wright was and still is an accomplished man who has built up merit throughout his life to back up his name.

Wright graduated from Central High School in Philadelphia in 1959. The 211th class gushed at his potential in its yearbook.

“Always ready with a kind word, Jerry is one of the most congenial members of the 211,” the yearbook reads. “His record in Central is a model for lower class members to emulate.”

Central is the only high school in the nation able to authorize a bachelor’s degree to its graduates after an Act of Assembly in 1849.

Wright attended Central from 1955 to 1959, a time when the student body was almost entirely white. While you may automatically assume Wright must have had a hard time getting through high school, that was not the case. Coming from a comfortable middle class home in Germantown, Wright was extremely intelligent and naturally fit for the competitive atmosphere at Central.

There are some individuals who have attempted to discredit Wright’s status, like Ronald Kessler, the chief Washington correspondent for Newsmax Magazine.

In one particular article, Kessler questions Wright’s experience with oppression, calling him the epitome of the “American Dream” instead of a victim.

Despite what critics like Kessler say, Wright overcame obstacles that people of every race and ethnicity face to get where he his today.

As the Central yearbook described him, he was “the epitome of what Central endeavors to imbue in its students.” Wright graduated from Howard University with bachelor’s and master’s degrees in English in 1969, just a few years after the Civil Rights Act passed. He also received a master’s in history of religion from the University of Chicago Divinity School.

Wright served as a Navy Corpsman and was on Lyndon B. Johnson’s medical staff. He once received a letter of commendation for his work during a surgery Johnson underwent.

Wright has stood in many different shoes. Some of his commentary may be fiery, but there is more to his story than sound bytes of a few sermons.

Let’s for once put our ignorance aside and absorb the knowledge we tend to ignore, because it’s always there. You just need the will to know.