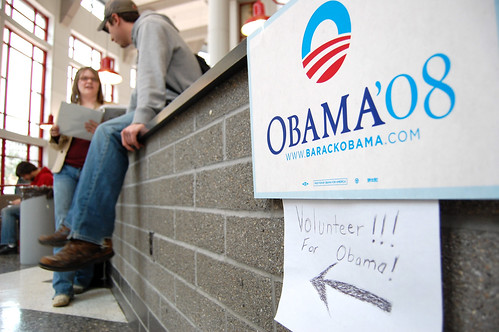 With the primary election coming to Pennsylvania on April 22, it’s easy for student voters to become overwhelmed. Where do they go to vote? Who do they want to support?

These questions cannot even be asked unless a student is registered to vote — a situation that can be complicated and confusing. Luckily, there are many organizations at Temple that will help students along this arduous process of understanding how politics work today.

Ryan McCool, president of Temple College Republicans, said that campus campaigning is a great way for students to get involved, and also a great way to get the Republican candidate out there.

“We feel that Sen. [John] McCain can appeal to all college students with his experience and ability to reach across the aisle,” he said. “Many students are beginning to see that while [Sen. Barack] Obama is an excellent speaker, he has no substance.”

Temple College Republicans was originally founded during the Reagan administration. The group saw a resurgence of interest with the election in 2004, and its membership has since increased every year. With more than 30 active members, the group is determined to mobilize the students for the Republican Party by the November election.

“Temple College Republicans are kind of sitting back and letting the two Democratic candidates beat each other up,” McCool said. “We are taking the time to organize our resources, and to be ready to mobilize when the Democrats finally pick their nominee.”

While Temple College Republicans is waiting for the next big chance to mobilize students, the Temple College Democrats group is busy helping students decide between the two candidates who are causing such a stir – Sen. Hillary Clinton and Obama.

“This is the first time in history that we have two different minorities running for the Democratic nomination,” said Sean Goldman, parliamentarian of Temple College Democrats. “It is such a pivotal year, and students are becoming more engaged. It is ever-growing, and hopefully will not stop any time soon.”

Temple College Democrats was founded in 1917, and has since then partaken in events that help to express the party’s platform.

“We provide a place for college students that identify themselves as Democrats, a place to go and speak with like-minded individuals,” Goldman said.

Since fall 2006, the group has grown to 60 active members, and has since stayed active during campaigns.

Goldman said that campus campaigning is a pivotal part of the political process.

“The youth vote is so important in these crucial elections, and candidates need to speak to that,” he said. 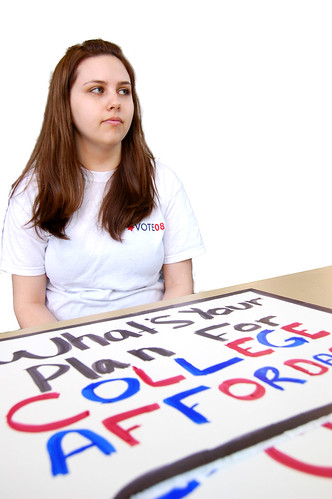 “Campaigning allows students to access key issues in politics and society, as well as provide an outlet for personal political development and networking,” she said.
Temple College Democrats are ready to activate the students come primary day.

“We will be sending teams of students around campus the day of and before to help students find a polling place around campus,” Walker said.

Temple College Democrats also set up tables to reach out to students during the month before the Pennsylvania voter registration deadline.

“Our goal is to assist and provide access for students developing their sense of politics, activism and ideology,” she said.

“It demonstrates the depth of interest that many of our students have in politics and the political process, to the extent that it emanates directly from the campaigns,” he said. “It shows that politicians are beginning to take seriously again the votes of young adults. Until the past few campaign cycles, major political campaigns have tended to ignore voters between 18 and 30.”

Arceneaux said that this election is different than previous ones in terms of mobilizing the students.

“In this upcoming election, 25 percent of the electorate is the youth vote,” Goldman said. “By campus campaigning, candidates have the opportunity to engage that electorate block and motivate them to get out there and vote.”

Campus campaigning is not the only thing that will motivate students to vote this year. There are many prevalent issues hitting close to home to mobilize the students.

“The war touches many college students’ lives in a more direct way than these other issues,” Arceneaux said. “Soldiers in Iraq are about the age of the traditional college student. It’s not uncommon for students to have a friend or relative who is in the military or even Iraq.”

Goldman said every issue is vital. However, he has done his research in terms of student opinion.

“Statistics have shown that the top three issues students care the most about are the war in Iraq, funding for college and jobs,” he said. “These all affect students directly in the now.”
Walker considers different issues to be at the heart of the campaign.

“The biggest issues for students revolve around equality, such as the equality of social status, economics, healthcare and education,” she said.

When McCool asked his fellow Temple College Republicans what they considered the biggest issue to be, they answered national defense.

“We don’t hear anything from the Democrats on what actions they plan to take to prevent another terrorist attack and that makes us uncomfortable,” he said.

Despite the mixed array of opinions, students still have to make the choice on whether or not to be involved. Once they pick the candidate they want to support, they need to make sure they are registered. Thankfully, there is help in that department.

Temple Votes is a nonpartisan student organization that registers students to vote. Its goal this year was to register 1,000 new voters, but the organization fell short of that goal by 100 to 150 voters.

“It was very encouraging because we found that a lot of students were already registered,” said Vivek V. Jayaraman, media representative of Temple Votes. “We had students from Temple Democrats and Temple Republicans involved as well.”

They publicized themselves with DJs in the Student Center, various residence halls and any other high-traffic area. They also registered students on the spot – with tables, forms and complete instructions.

Students who registered were given prizes and T-shirts as a reward and to excite them about the primary election.

“It was a pretty even split in terms of getting students to register,” Jayaraman said. “At times we had to call people over, the ones that needed the extra push, but others were much more eager to find out themselves.”

Jayaraman explained that it became clear that students wanted to register – they just didn’t know how to go about it.

“Temple Votes just helped make it easier for students who didn’t know where to go or who to trust,” he said. “A lot of people really see this election as a crucial point. The interesting candidates make college students more mobilized than before.”

These campus groups greatly facilitate student participation in this upcoming election. Whether they are biased or nonpartisan, there are many outlets for students to get involved in and change the stereotype that college students do not care.

“Campuses contain one of the most historically apathetic voting blocks,” Walker said. “Campaigning provides students an opportunity to discover and express their political voice.”

After 22 months of presidential campaigning, supporters of President-elect Barack Obama are celebrating the nation’s turning point in electing its first African-American president.

Temple researchers may have discovered the monocyte subset leading to the advancement of HIV to AIDS. Monocytes, white cells in the bloodstream, help the immune system to fight against infections. Once monocytes leave circulation, they