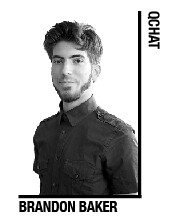 Columnist Brandon Baker reflects on his experiences at the White House’s LGBT Conference on Health and on strides the Obama administration has made for GLBT rights.

There are many things that can be said of President Barack Obama and his administration, but a  lack of support for the GLBT community is not one of them.

And my point in mentioning this, you might be wondering? Stop whining about Obama “not doing enough.”

I was thankful to be an audience member of the conference, and I am here to report that not only does the Obama administration care about the GLBT community, but more strikingly, it cares enough to actually listen.

“The goal of these conferences is to talk about some of the work that we’re doing that might be of interest to you in health,” Sebelius said. “But it’s also a real opportunity … to listen, to have you share your ideas and your challenges and your struggles with us because that really helps us inform our policy each and every day.”

Consider, for a moment, what this statement might look like if we were to throw Sebelius to the wayside and insert a quote from a Bush administration crony. The quote would most likely feature phrases akin to “we’re here to help you fight your unhealthy lifestyle,” or boast embarrassingly inaccurate statements about the GLBT community’s connection to HIV and AIDS.

The day-long event brought to the forefront some minor details regarding the administration’s GLBT efforts that have not been quite as commonly mentioned in the press. Such details included the Affordable Care Act’s banning of insurance companies denying customers based on their sexual orientation and – impressively – the act’s provision that prevents federally-funded hospitals from restricting visitation rights between same-sex partners.

But of course, most would be more inclined to let these positive tidbits continue to float in no man’s land, instead focusing on the terror of dirty words like “mandate” and “insurance exchanges” included in the lengthy text of the act.

Although I genuinely appreciate all of the information and stump speeches consumed during the conference, I must admit what impacted me most had nothing to do with statistics or lofty rhetoric. It had everything to do with the personal stories and experiences shared by GLBT brethren – both local and from the administration –throughout the event.

John Berry, director of the Office of Personnel Management within HHS, opened the conference of more than 300 attendees with an invigorating speech that not only fired up the audience, but truly spoke to the progress made in such a short period of time. Berry, who is currently the highest-ranking openly gay federal official, made a special reference to the late Frank Kameny, a federal employee fired in 1957 for being vocal about his sexuality. Berry said that his first act upon being sworn in was offering a formal apology to the man who, he said, once held the same post that preceded his own. Truly, it was a testament to how far we have come in the decades since Kameny’s unfair termination.

This same speech continued on to quiet a clearly empathetic audience upon mentioning his partner’s own struggle with HIV/AIDS, and eventual death to the disease after more than 10 years of battling. Berry further commented that he may not be present to speak had he been denied access to his partner on his deathbed. As I glanced across the room, I spotted more than a few people with red faces, and a few more with tears trickling down from their grief-stricken eyes.

And as I listened to members of the audience share their own concerns and personal experiences as counselors, activists and GLBT resource providers in communities across the countries, it became evident to me that this conversation was important, and even special in its own way.

The premise behind the GLBT movement has always been about expression. That is, the vocalization of a community that had long been silenced and tossed to the side as a group that should be left to help itself. This conference, in reality, marks the beginning of a dialogue that has been groomed to take place for decades.

I challenge naysayers to take a step back and realize just how much has actually been accomplished in the past three years – the climate is slowly-but-surely shifting for the GLBT community, and we should feel privileged to be able to work with an administration eager to learn and listen. Perhaps, before we judge an administration for “not doing enough” or playing politics, we should re-evaluate our own willingness to do the listening we so desperately desire from the world around us.