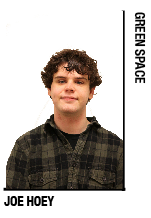 Columnist Joe Hoey breaks down both sides of the fracking debate and Aubrey McClendon’s role in the issue.

I remember the first time I heard about fracking. I was sitting in the Student Center as a freshman and there was this pretty smelly guy yelling different cliché slogans replacing a less-than-socially-acceptable word with “frack.” Completely confused and slightly taken back, I decided it was important that I looked into what this guy was going on about. After looking into what fracking – short for hydraulic fracturing – was, it turned out I already knew “what the frack” he was talking about, I was just confused by the jargon.

In the years that followed, I became more concerned with what fracking means for me. I like the rivers, creeks and well-water of my native Pennsylvania home, but I could not even imagine being able to set my tap water on fire, as I had seen in the haunting 2010 fracking documentary, “Gasland” But, I never considered the business behind fracking until recently.

For the past few years, the fracking debate has become increasingly polarized along with other political issues of the day. The left has snappy posters with slogans like “no fracking way” or “don’t frack with our water,” while the right has engaged in smear campaigns claiming that peer-reviewed legitimate scientific studeis are biased. The lines in the fracking debate have been drawn, and it has largely become a battle between industrial money and grassroots environmentalism. Natural gas industry groups spend considerable amounts of money every year flooding the airwaves and Internet promoting natural gas extraction as a solution to everything, from terrorism and energy dependence to global warming and unemployment.

Meanwhile, environmentalists and fracking victims engage in acts of protest, muckraking and grassroots organizing in an attempt to raise awareness of the environmental woes fracking has caused, and likely will continue to cause.

Environmentalists have focused on the impact fracking has had on sites, often highlighting soil issues and water contamination that has led some water supplies to have methane levels high enough to create “firewater.” However, few have focused on the actual business practices of fracking companies.

In fact, I was shocked to see a piece on the incredibly risky business practices of fracking entrepreneur Aubrey McClendon in the most recent issue of Rolling Stone magazine. I had heard about McClendon in the past, but mostly in reference to his hypocritical assaults on the coal industry.

Chesapeake Energy’s long-term lease strategy is troublesome in that it means that Chesapeake is often paying to have leases on land that is not actually providing them with anything of value. In fact, according to a Forbes report on McClendon, it would take Chesapeake approximately 30 years to drill the 600,000 leases and nine million acres of land it currently holds.

Chesapeake Energy’s risky business practices are kept afloat through aggressive borrowing. In fact, Chesapeake’s debt-to-capital ratio as of October 2011 was 40 percent, a high percentage among its peers. Chesapeake also hides much of its debt by utilizing rare technical off-balance-sheet-debt, making Chesapeake appear to have less debt than it really does. According to Rolling Stone’s Jeff Goodell, Chesapeake has been running at a loss since 2003.

While Chesapeake Energy may not be the be-all-end-all of the natural gas industry, concerns about the sustainability of its practices should not be overlooked. Of course, there is some double meaning there.

Hydraulic fracturing is a highly understudied practice of which much environmental concern has been raised. Even as the natural gas industry has attempted to market its product as a “cleaner” alternative to coal with less impact on climate change, studies continue to contest even the most modest claims frackers make.

Unfortunately, it likely will be “too hard” for our government to assess the risks involved in hydraulic fracturing until it is too late. Similarly, it probably will be too late for investors and landowners with stakes in Chesapeake if and when Chesapeake goes down. Because of its relation to gas prices and its relationship with so many American families, Chesapeake’s fall will likely leave a gash in our economy when it falls, not unlike the gashes its extraction practices have been known to make.

The important lesson to take from the controversy revolving around Chesapeake is that there is often more than one angle. While the fracking debate has largely become a conflict between “Gasland”-watching enviro-nerds and industrial drill-hards on impact issues, it is vital to look at the actual business practices that give us fracking and natural gas.

Most importantly, we should know not to trust people who give us expensive wine and send us packing, as is a signature public relations stunt of McClendon. After all, should McClendon’s self-destructive business fall after trashing our water supply, his expensive wine could be cheaper than both clean water and oil, assuming anyone has a job to buy it.

Joe Hoey can be reached at

Protesters weathered blustery winds and frigid temperatures on Friday, Jan. 13, to voice grievances over drilling practices in Northeastern Pennsylvania, calling for the state to live up to promises to restore water quality of a

A fracking accident by XTO results in negative environmental effects.