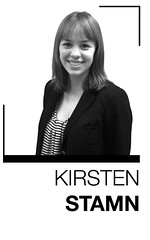 Whenever I tell people I’m going to Mexico, I get lectured about how “unsafe” Mexico is or hear about the New York Times article that said it’s dangerous to travel there.

Need I remind people that traveling to any country has a certain degree of danger? Even the overridden tourist cities have crime.

Like many Temple students, I am studying abroad in Oaxaca, Mexico, this summer.

Mexico is not just there to get drunk off margaritas. Americans treat Mexico too lightly, traveling without asking enough of the right questions regarding their safety.

The violence in Mexico has definitely worsened. In towns bordering the United States, kidnappings and violence involving American citizens have increased due to the rampaging drug cartels that have thrown the entire country into crisis.

“Mexico’s attorney general has published a list of 24 drug kingpins in the country’s six largest cartels,” ABC News reported, “and is offering rewards of almost $3 million each for information which leads to their arrests.”

But the fact that the Mexican government is doing all it can to maintain peace doesn’t seem to comfort many people. Instead, the acknowledgement of the current issues has created a public panic.
Travelers should be well informed on the place they’re visiting, no matter where they are.

For instance, Phoenix and Atlanta have had an increase in cases where “U.S. law enforcement officials see cartel violence spill into the United States,” according to the El Paso Times.

Southern states aren’t the only ones suffering from an outbreak of crime. The New York Times has reported that authorities say drug traffickers “are responsible for a rash of shootings in Vancouver, British Columbia, kidnappings in Phoenix, brutal assaults in Birmingham, Ala., and much more.”
If I told my family and friends that I would be traveling to any of these places, I wouldn’t be getting lectured.

Why? Because of the U.S. Department of State travel advisory.

Issued on Feb. 20, 2009, for U.S. citizens who are planning to visit or live in Mexico, the alert has caused frenzy.

But if they really read what the travel alert says, they’d realize all we need is common sense.

“Common-sense precautions such as visiting only legitimate business and tourist areas during daylight hours,” the alert reads, “and avoiding areas where prostitution and drug dealing might occur, can help ensure that travel to Mexico is safe and enjoyable.”

The alert instructs American citizens to travel along popular roads, to avoid traveling alone and not to display large amounts of money or expensive jewelry.

But these “common-sense precautions” should always be used when traveling. The travel alert has only succeeded in causing a fuss.

People also do not understand where the violence is in Mexico. Drug cartels wreaking havoc are in northern Mexico. The Temple summer program takes place in Oaxaca, which is in the southern part of the country. While an American citizen was killed in Oaxaca during a 2006 protest, I find it ridiculous that so many people have been thinking drug cartels are spending a lot of effort in the region.

According to an e-mail issued by Temple’s International Programs, “Oaxaca is currently stable and not experiencing the violence occurring in the border cities. Summer study abroad programs located in the interior of Mexico are in general continuing to run, and reports from these sites are that things are normal.”

Mexico is indeed dangerous. But the emphasis people are putting on the travel alert is putting stress on people who decide to venture there.

The best thing to do is keep away from the northern cities that are experiencing the most violence and use common sense. This situation is not unexpected or shocking enough to try to force people not to go. All anyone can do is support his or her loved ones and pray for a safe journey.

Kirsten Stamn can be reached at kirsten.stamn@temple.edu.

Tickets clash in last debate a day before voting begins

TSG elections start today. All voting will be done online.

Traveling thousands of miles out of my comfort zone

A student details how a desire to travel more manifested in a New Year’s resolution.