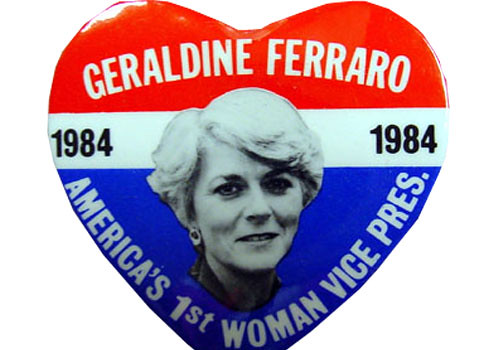 Geraldine Ferraro isn’t as racist as people may think. The 1984 Democratic vice presidential candidate made it back into the political spotlight recently with racially charged and controversial comments. 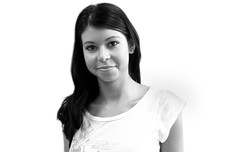 The now former Hillary Clinton adviser was right, to an extent. Though saying Obama is “lucky” to be black stretches the point, the presidential candidate’s race is unquestionably beneficial to his campaign.

After spending hundreds of years living in a country run by white men, the United States is due for a change. Enter Obama. Though he is half black, that 50 percent is enough to give Obama an edge in the polls. Ferraro knows this, and isn’t afraid to say so.

Like Obama, Clinton’s candidacy is a first for this country. While some may argue that her strong position in the polls stems from her husband’s popularity, the reality is that it all comes downs to her gender. In terms of politics, Obama and Clinton are minorities, and after centuries of oppressing minorities, and feeling oppressed by sometimes incompetent white male leaders, isn’t the logical solution to give a minority a chance?

That being said, it’s not as though either candidate is in for a smooth ride. Since race and gender are at the forefront of the election, they will also be of concern throughout the elected candidate’s presidency. The social and economic issues at hand will matter less to most voters. As typically happens with presidential candidates, Obama and Clinton will waver in their stances on the various issues until voters are unsure of who is fighting for what. At this point, Americans with unclear opinions will either vote for the black man or the woman. Unfair, yes, but true.

As reported by The Temple News, in his March 18 “A More Perfect Union” speech at the Constitution Center, Obama said that the “nation cannot afford to ignore race.” Don’t worry, Obama, the nation has been and always will be racially conscious. If the nation ignored race, Obama wouldn’t have needed to make his speech his race. Favorable decisions will garner more respect for the “black president,” and his unpopular choices will have been made “because he is black.” Similarly, if Clinton wins the election, she will be judged based on her gender.

Although Ferraro’s statement earned negative attention for the Clinton campaign, nothing was said that most people don’t already know. In a March 11 interview with Fox News, Ferraro defended her comments by saying she was “absolutely offended” at people’s perception of her as being racist. Ferraro added that she believes Democratic Presidential nominee Walter Mondale chose her as his 1984 running mate because she is a woman. While she doesn’t doubt Clinton’s or Obama’s qualifications for office, Ferraro acknowledges their inherit advantages over Republican candidate John McCain.

Right now, the race is down to the black man, the woman and the Republican. Obama and Clinton have the benefit of looking different than the presidential candidate of the past.

That is not racist or sexist. It is fact. Unfortunately for McCain, the 2008 election is the worst time to be an old white guy. He has nothing to separate himself from former white male Republican candidates. Even if his political nature is different from those of similar candidates, his overall image is the same. At this point, his only advantage is being the lone Republican candidate in the race.

As the election draws nearer, and Americans seek change, their votes will be based less on political policy and more on candidate diversity.

Shannon McDonald can be reached at shannon.mcdonald@temple.edu.

Is that bias for Hillary Clinton or Barack Obama?

Ignorance can’t be voted out