J. Henri Wiesel, 64, a computer programing instructor at Temple, died on Friday. The causes were not immediately known by the university, spokesman Ray Betzner said 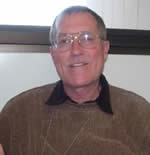 He received his MBA from Temple in 1974, according to a university press release, before returning as an instructor in computer and information science in September 2001. Before returning to Temple, he worked as a computer and financial analyst, instructor and consultant, including a stint as president of a company called New Vision Consulting Inc., the release said.

After his death on March 21, Wiesel is survived by his wife Lolita and sister Mary Helen Wiesel.

In July 2007 he launched a personal Web site, which remains unfinished. Located at jhenriwiesel.com, it largely covers technology education.

A funeral mass is being held on Saturday, March 29 at 10 a.m. at St. Paul Roman Catholic Church at 2007 New Hope St. in Norristown. He will be interred at St. Patrick’s Cemetery in East Norristown. Memorial contributions may be made in his name to St. Paul RC Church.

Notable deaths of 2007: gone but not forgotten

Elizabeth Gladys Dean is 95 years old. Up until October 2007, she – and only one other person in the living world – shared the same experience. At 2 months old, Dean was on the