While students at some universities plan semesters around celebrating Homecoming, the festivities at Temple have been laced with apathy.

Homecoming used to be a big deal to Shaniece Cole. At McCaskey High School in her hometown of Lancaster, Pa., the week-long festivities included events that were not to be missed.

“It was a really big thing [at my high school],” the freshman BTMM major said. “If you weren’t there, you’d feel like you were missing out.” 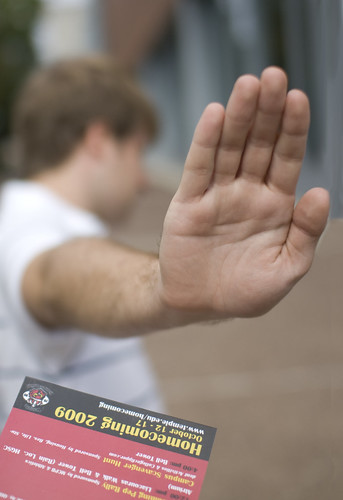 But in her first six weeks at Temple, Cole has already noticed a major difference in the way Temple students celebrate homecoming.

“Here [at Temple], no one is really talking about it,” she said.

Despite efforts from Main Campus Program Board to unite the school for a week of heightened school spirit and special events, many Temple students remain apathetic toward Homecoming compared to its counterparts at other universities.

Students cite busy work and class schedules, performance of the football team and a lack of interest from others as major reasons why homecoming culture at Temple remains lackluster.

Freshman entrepreneurship major Matt Smith never took part in homecoming activities at his high school. Although his high school in Madison, Conn., celebrated homecoming on a large scale, he often skipped it to hang out with friends elsewhere. And this year, he doesn’t plan to take part in Temple’s activities either.

“I work a lot, so I probably wouldn’t be able to attend [a lot of the events],” Smith said.

Other students said they want to get excited but notice the apathy of the rest of the university.

Stephany Faublas, a sophomore political science major, plans to attend some events this year, such as the Cherry & White Ball. She said the lack of enthusiasm might have something to do with the way the football team typically performs.

“Well, we don’t have the greatest team,” she said, when asked about Main Campus’ school spirit.
The Temple football team may not always get students excited, but MCPB members try to make Homecoming memorable for current students with events like the Homecoming concert, the Homecoming pageant and other festivities surrounding the football game.

Four years ago, MCPB gained control of the planning process that was traditionally tailored to the needs of alumni and visiting families.

“While other schools concentrate on athletics, we concentrate on Temple unity. We want you to be a part of the experience in any way possible,” MCPB University Events Co-chair Nikkita Thompson, a junior education major, said.

At Villanova University, a large part of homecoming culture revolves around the success of its sports teams. Fans of the Villanova Wildcats are noted for their relentless energy and their devotion to its “‘Nova Nation.”

Attendance is usually high for Villanova’s sports-related events like the pep rally, pre-kickoff tailgating activities and photo opportunities with mascot Will D. Cat.

“Every day, there’s a level of spirit here that represents college life and its sports team culture,” she said. “Especially since our teams are doing so well.”

When asked about the lack of homecoming excitement at Temple, Thompson encouraged students to take part in the process.

“If you want to see changes, join us [at our general body meetings], and come with your ideas,” she said.

Victoria Abreu, a junior printmaking major, wants to take part in Homecoming events. This year will be the first homecoming for Tyler, which moved to Main Campus from Elkins Park in January.

Abreu said Tyler students might be more inclined to get involved if they were offered the chance to showcase something of their own, but admitted Tyler students should make more of an effort.

“Tyler needs to reach out on [its] own,” she said. “We need to share what we know. Some people don’t even know we have an art school here.”

Drexel University is currently reaching out to its students and recent alumni to recreate a homecoming experience. The tradition fizzled and then completely disappeared following 1973, when the Drexel Board of Trustees disbanded the football team, citing poor performance and financial reasons. In January 2009, Drexel reinstated homecoming with men’s and women’s basketball games.

Richard Kopp, associate director of Campus Activities at Drexel, said feedback from this year’s events have been positive. Both the men’s and women’s basketball teams played to sold-out crowds, and the selection of a homecoming court, the “Crystal Ball” homecoming dance and other activities were successful.

“Students were very excited [for homecoming],” Kopp said. “They felt like they were a part of bringing something back to campus.”

This year, Temple’s homecoming is extended to an entire week of events, with new elements, such as a lecture from charity businessman Blake Mycoskie of TOMS Shoes and the Cherry & White Homecoming Ball.

But the variety of events won’t make up for disinterested students.

“Homecoming is always better when you have everyone’s participation,” Faublas said. “It brings the entire campus together.”

Sherri Hospedales can be reached at sherri.hospedales@temple.edu.

All is not lost in an idle summer