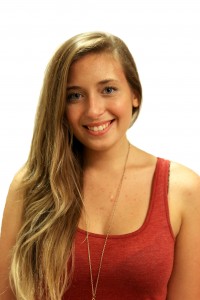 I’ll never forget the vocal instructor who told me to “pee clear.”

As a preteen drama nerd high off of improv games and fruit snacks at acting camp, I giggled at the mere mention of a bodily fluid. However, the instructor’s lesson on hydration during long rehearsals stayed with me. I still use his simple method as an indicator of when I should put down the coffee and pick up the Evian.

While it’s not exactly groundbreaking that hydration is important, one question returns to my mind frequently – exactly how much water is enough?

And don’t give me that eight-glasses-a-day crap. I’ll always be confused about exactly what a glass is. What about tumblers? Mason jars? I’ve never quite gotten this glass measurement thing down.

About.com’s Shereen Jegtvig put together a simple questionnaire geared to spit out a personalized water intake recommendation. Jegtvig used information from the Centers for Disease Control and Prevention and the Institute of Medicine as her references.

On a day when I don’t work out or drink alcohol, Jegtvig’s calculator suggests I drink 72 ounces of water a day – or, in my terms, a little over two Nalgene bottles.

The first week I followed Jegtvig’s recommendations, I lost seven pounds in what I assume was water weight, given that my diet stayed the same. I know I have a tendency to hold on to things – receipts, grudges, etc. – but that still blows my mind.

Seventy-two ounces can seem like a lot, especially when I remember smartass kids pushing up their glasses and rattling off some fact about how you could live for a few days off of the water from food intake if you had to.

Truth be told, you only get 20 percent of your water intake from food. The other 80 percent is from liquid intake, according to an Institute of Medicine report. Although all liquids count toward this daily goal, it’s obvious that calorie-free, plain water is the best choice.

While striving for optimum hydration is a crucial part of a healthy lifestyle, it’s important to remember that there is such a thing as too much water. Water intoxication occurs when an individual drinks too much water in a small amount of time, diluting the body’s nutrients, according to a HowStuffWorks.com article by Julia Layton.

The excess amount of water also causes an electrolyte imbalance that messes with the body’s sodium levels. This causes a condition called hyponatremia, which is the scientific cause of coma and death associated with water intoxication. This was said to be the case with Jennifer Strange, a young woman who died after a “Hold Your Wee for a Wii” competition, also mentioned in Layton’s article.

In the case of water, more isn’t always better. However, meeting your target water intake goals can have some major benefits.

Feeling groggy? Try a glass of water before hitting “brew” on the Keurig, because even mild dehydration can cause a decrease in energy, according to the Mayo Clinic.

The body is 60 percent water. WebMD.com says maintaining a healthy hydration level can keep things running smoothly – from digestion and circulation to the transportation of nutrients.

As evident in my case, water can also aid weight loss. A satisfied bladder can result in a fuller feeling. Plus, opting for water instead of soda is an easy way to trim calorie intake.

From a purely aesthetic perspective, keeping a healthy level of H20 can also result in healthier looking skin. Plus, it’s cheaper than any miracle cream on the market.

While it seems so simple, water intake is a cornerstone of a healthy lifestyle.

I’ll drink to that.

Jenelle Janci can be reached at jenelle.janci@temple.edu or on Twitter @jenelley.

The North Central Special Services District’s plans will hopefully improve the quality of life for residents living in the area near Main Campus.