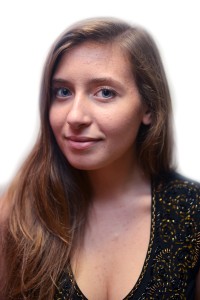 I go to the gym to be alone.

In the hours preceding, I obsess over what music I will listen to. I look forward to turning a blind eye to my phone. In those 45 minutes, I am a fierce diva who gets paid to work out for a living, and I’m definitely not a stressed out student newspaper editor.

So, one can see why I wouldn’t be the first to jump at the opportunity of group fitness.

Lately, I’ve been having a hard time finding motivation to exercise. With classes in full swing, the prospect of having a drink with my friends to wind down usually sounds preferable to what used to be my favorite stress reliever.

If fitness is beginning to feel like a part-time job for me, how does it feel for students who actually do have it as their job?

Campus Recreation hires undergraduate students, grad students, individual contractors and Temple employees to teach group fitness classes at IBC Student Recreation Center. Abby Hartnett, a senior advertising major who has been a group fitness instructor since 2011, said she likes the variety of the instructors but finds benefit to being a student, too.

“I think it’s good to have a mix as well because us being students, we know what other students are looking for,” Hartnett said.

Lilli Geltman, a senior therapeutic recreation major, has been a group fitness instructor for nearly three years at IBC.

“At first I was nervous,” Geltman said. “It was hard. My friends would come in, my peers, my professors would even come in to some of my sessions and I would be the one that’s telling them what to do.”

The instructors also said time management is crucial for their busy schedules – the same conflict I’ve found in my daily life. Geltman said while she still worked out often before getting hired with Campus Rec, she now is held accountable for her workouts.

“Now I have to be there at a certain time, with the microphone on ready to go,” Geltman said. “I have to really concentrate on time. I do a lot of other things also, so I schedule myself out.”

Hartnett, who teaches as many as three classes a day between Campus Rec and her jobs at the corporate fitness facilities of Aero Mark and Campbell’s Soup, said she still tries to fit in a personal workout in the morning – a schedule that makes my complaining about getting to the gym a few times a week pretty pathetic.

“The main thing is that you’re working out for a full hour,” Hartnett said. “I think a lot of people get on the machine and then limit themselves.”

I might be the biggest offender of this. I usually do 30-45 minutes of cardio before some work on the free weights despite being capable to complete an hour’s exercise.

I decided to challenge myself by taking a Spin Core class with Geltman. The class consisted of 40 minutes of spinning followed by 20 minutes of abdominal exercises.

Around the 25-minute mark I began to watch the clock with pleading eyes, but Geltman’s demeanor as an instructor was far different than the abrasive older instructors I’ve endured – and since avoided – at my gym back home.

“I wouldn’t want to get yelled at if I was working out,” Geltman said. “I don’t yell. I encourage. I talk to you like you’re my friend, and that’s why I have the same people who come back every week.”

In addition to getting a friendly push, Hartnett added that group fitness classes are a great way for beginners to develop technique.

“You get to see the instructor with their proper form [and] proper etiquette, and you’re getting safety tips throughout the class as well,” Hartnett said.

During Geltman’s session, I didn’t feel like I was being graded or judged when she circled the room to make sure everyone had proper form. Plagued with a laundry list of back problems and terrible posture, I was happy to have a watchful eye keep me on track.

The class still certainly kicked my ass, which may have been heightened by the fact that I celebrated my 21st birthday the night before. While I doubt I’ll be a total convert by ditching my solo gym missions altogether, which Hartnett said do have their own benefit, I’m now curious to see what skills and techniques I can gain from taking other fitness classes.

I only ask that you take it easy on me if you see me in one.

Jenelle Janci can be reached by jenelle.janci@temple.edu or by Twitter @jenelley.