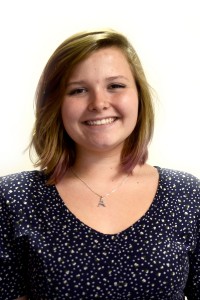 Philadelphia is huge. That might even be an understatement. Philadelphia is a gigantic city where touring artists, large and small, buzz in and out of the city, playing anywhere willing to accommodate their music – and the crowd of devoted followers they drag along with them. It’s about time the venues that accommodate them get a little recognition.

Temple itself is home to a large indoor venue, The Liacouras Center. During Welcome Week, students were given the opportunity to see comedian Aziz Ansari for free within walking distance of campus. From the third row on the floor, the only jokes I missed were due to my own obnoxious laughter.

Sophomore advertising major Ruben Ruiz has had a different experience at other shows at the Liacouras Center from the standing room floor level, however.

“There were times during the shows where I could hear the people singing next to me better than I could hear the rest of [the performance], but I think that’s expected at most shows,” Ruiz said.

The ability to hear must depend directly upon proximity to the stage. From the 200 section at the Fall Out Boy, Panic! At The Disco and Twenty One Pilots showcase on Sept. 8, it was hard to catch a decipherable word – especially from Brendon Urie of Panic! At the Disco.

If I hadn’t been living out an 8th grade fantasy and singing along with every word, I wouldn’t have understood a thing.

Feeling so far away from the sound on stage must have been considered in the venue’s original name – The Apollo at Temple. When the name was changed in 2000, the price of a new sound system must have been astronomical.

That being said, $45 will buy concert-goers an average night filled with muffled music, made bearable by relatively roomy seating.

“I was mostly indifferent to the experience,” Ruiz said. “Next time, I’ll hold out for basketball season.”

The host to Cage the Elephant and Muse on Sept. 9 and a copious amount of Flyers home games, the Wells Fargo Center never fails to deliver.

The venue did a fantastic job of accommodating Muse’s extravagant light show, quite literally outshining the Liacouras Center’s bleak stage production. There was enough room on stage for a table skirt of television screens and a large pyramid structure depicting a transfixing display of visual art – and a strong enough sound system to accommodate it all.

The 1996 construction job has stood the test of time, giving off a well-groomed, up-to-date vibe.

Representing the cheaper end of live entertainment, the Electric Factory partnered with Amazon Student and Pandora to provide a free back-to-school concert for Philadelphia area students on Sept. 12. Trey Songz headlined as students poured into the standing-room-only venue.

“A concert is a fun way to celebrate the back to school season,” Brittany Turner, a public relations manager with Amazon said. “The Electric Factory is an iconic concert venue in Philadelphia. It was the perfect venue size for an intimate concert with Trey Songz.”

Intimate is right – a dark, often steamy atmosphere is created when bands hit the stage of this antique venue.

Originally a tire warehouse, the face of the building is misleading. Beyond the doors that were first opened in 1968 shows a stretch of flat ground to stand for the show. Viewing the stage can be tough for someone of smaller stature, but sound fills the venue from floor to ceiling, and sneaks out the front door to be heard clearly from the parking lot.

There’s nothing wrong with tiptoeing for a few hours when dancing in a building that oozes of rich music history.

There really are concert opportunities for everyone, and Radio 104.5 makes sure of that.

Even the strapped for cash college student can journey to Northern Liberties’ Piazza at Schmidt’s for the free Summer Block Party Series or Winter Jam the radio station hosts annually.

Concert-goers are invited to visit the Miller Lite Beer Garden in honor of the historic site. Before being transformed in 2009, the land was occupied by the large Schmidt’s Brewery, which opened in 1860.

Fans squeeze into the concrete, open-air courtyard for the always jam-packed Saturday lineups. American Authors, The Unlikely Candidates and Airborne Toxic Event closed out the last show of the summer on Sept. 14.

These shows attract fans of all ages and crowd surfers galore. Free access allows concert-goers to grab a bite to eat or squeeze in some shopping to pass some of the long wait times between sets. The venue caters to its vertically challenged guests with live footage broadcasted on televisions that are easily seen over a sea of bobbing heads.

There are plenty of other venues worth mentioning in the great city of Philadelphia. The Trocadero and the Theatre of Living Arts are both smaller venues that host a lot of cheap not-yet-world-tour-status bands. Union Transfer and Boot & Saddle are the city’s two newest indoor venues sponsored by R5 Productions, both equipped with great sound systems. First Unitarian Church ironically hosts a slew of rowdy punk bands in its basement. My favorite venue, new to the city as of 2012, is the Skyline Stage at the Mann Center.

The stage is set up atop a grassy, rolling hill. For a reasonable price, concert-goers are given a picturesque view of the Philadelphia skyline with trees blocking out the bustling city. In the changing weather of September, The Arctic Monkeys on Sept. 18 and Vampire Weekend on Sept. 19 both played at the venue.

“I love playing outside –  it’s my favorite thing to do,” lead singer of Vampire Weekend Ezra Koenig said during his performance. Energy ricocheted through the crowd as crisp air filled my lungs, clearly audible music passed through my ears and wonder through my eyes. Colored lights illuminated the trees, and the smell of surprisingly quality food filled the tent-covered seating area. Both nights projected a satisfying experience and that view truly cannot be beat.

It isn’t just me – touring artists also love the scene in this city we call home.

“This is a big tour, Philadelphia. And there’s no place we’d rather start it than here,” Koenig said at the concert.

A poet writes about how he’s inspired by the style of Solange’s latest album.

Prater discusses the role of musical podcasts in today’s society.

This venue provides an intimate experience for all musicians, from its acoustics to appearance.