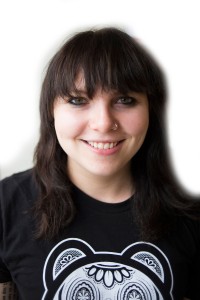 Pat Donlevy of Linwood Community Church in New Jersey would argue he is “not preaching”, when he stands on Paley’s steps, waving one hand at passersby with the other on his hip. He says he is “talking”.

And yet, when word escapes that preachers are proselytizing on campus, tensions run high, and students often react in anger. Regardless of whether students accept it, preachers are a part of the culture on Main Campus.

Bible enthusiasts come to Main Campus throughout the year to spread their word, typically shouting Bible passages at students passing by the Bell Tower, or warning them that they will eventually pay for their “sinful” lives. The presence of Donlevy and many other preachers angers a large part of the student body because of the message they try to communicate to the students.

Donlevy comes to Temple’s campus independently from his church because the “awesome and wonderful” word of God motivates him to try to inspire people to listen to what the Bible has to say.

“I think the problem is that a man comes here telling you to change your life, you’re a horrible person, everything you do is wrong and you’re going to hell.” Mousley says. “You don’t like hearing that when you’re going to class in the morning.”

Despite the negative feedback Donlevy receives from the Temple community on an average afternoon, Donlevy isn’t concerned.

“Oppostion is good, but I try not to waste time if it’s fruitless,” Donlevy claims.

Moreover, who grants these preachers permission to speak on campus?  To Pat Donlevy, the answer is simple: the First Amendment allows him to speak.

However, Temple’s Director of Campus Activities, Jason Levy, says that the answer isn’t so simple.

So if that’s the case, how do these people get away with standing on the steps of the Paley library?

While Levy acknowledges that his department receives regular complaints regarding the Bell Tower preachers, there is only so much that can be done unless there is reason to believe that the circumstance is unsafe.

“If we perceive that there is a hostile environment for students, then we’re going to call Campus Safety and ask them to interact with this person to make sure that they’re not doing anything that we perceive to be hostile to the campus community” Levy says.

So, the waiting game ensues.

Temple’s designation as a “public campus” in the middle of a large city often causes concern because students do not have control over who walks around their part of town.

“We do not base any of our decisions on who uses space by the content of what they’re saying.” Levy says. “Temple University is content-neutral, and that is very specific in our language related to using space. I don’t care what you say, if you follow our process, you have a right to say what you want to say, as long as it’s not inciteful, hate speech, or pornography.”

Believe it or not, there is a similarity between the average pissed-off student and Donlevy: both think they are in the right. People like Donlevy believe that by informing the students about their wrongdoings and that there is time to change, he is doing a good thing.

In contrast, many students believe that the only moral solution is to keep the majority’s best interest in mind as we question whether people should be allowed to preach on campus.

Nevertheless, the answer is quite simple: the Bill of Rights allows people to voice opinions despite how they are received. Radicals on campus are going to continue to rile students up as long as they stick within the guidelines set for them.

Levy’s advice: “If no one pays attention to this person, they stop coming.”

Temple remains a large part of the North Philadelphia community, and students need to do their best to show that they are as “neutral” and accepting as they say they are. Temple should be a diverse and welcoming community, and for the most part, each student has the ability to be wildly different at such a large school, while equally contributing to society in a positive way. This same courtesy should be extended to our visitors.

Everyone’s definition of a “good person” is different, and remembering this humanizes the preachers who come to Main Campus. The preachers show the Temple community that everyone thinks that they are good person for different reasons, and his is spreading his word.

We can take Donlevy’s words however we want, but he will still be here regardless of our personal qualms with his presence.

Casey Kallen can be reached at casey.kallen@temple.edu.