Whether you “don’t wanna be friends” or are dating somone with some extra baggage, there is more than one factor to making or breaking a romance.

I would like to take a brief moment to clarify some things about my column from my Fall 2009 semester abroad, “Wrecked in Rome.” Now that I’m back on Main Campus, running into acquaintances who have been newspaper-stalking my adventures, they usually say, after I tell them I loved Rome, “it didn’t seem like that from what you wrote.”

The grass is always greener on the other side, even if that grass is across the Atlantic Ocean. Despite my love-hate relationship with the semester, now that I’m back, it’s painful to not be in Italy instead. I compare my everyday tasks here to everyday tasks in the Eternal City, even though the two really aren’t comparable. I yearn for what I used to have.

One thing I was able to take away from my semester abroad – aside from hundreds of photos, everlasting memories and Italian leather boots – was my love for Stefani Germanotta, commonly known as Lady Gaga. You can’t hear the “rah rah a-a-ah, Roma, Roma-ma” battle cry in the very city it mentions without feeling an inexplicable attachment to the song. “Bad Romance” is a fantastic song with an even better video and is chock-full of valuable life lessons from the Lady herself.

Example 1
I used to be that girl in high school who was embarrassingly in love with her male best friend. OK, I was that girl in middle school, too. I always found myself pining after the boys I spent the most time around, convinced that one day a light bulb would illuminate over their thick skulls and they would realize they were in love with me.

But instead, I would hear from a mutual friend that my love interest “just wants to be friends.” I wish Gaga was around for that period of my life just so I could wail, bare-faced and earnestly, “I don’t wanna be friends, want your bad romance,” to them.

My best male friend in high school was tall and lanky, with a head full of shaggy red hair. I was a complete sucker for his big smile, distinct laugh and tight hugs – and so was every other girl in school.
So it caught me by surprise when, after his Barbie-like girlfriend dumped him, he asked to take me out to dinner. Me! I was ecstatic, wore my favorite Hollister tank top and applied my most glittery eye shadow to prepare for the best night of my life.

Imagine my shock when he, after paying for dinner and a movie, told me he just wanted to be my friend. I cried myself to sleep that night. Sometimes bad romances are the ones that never happen.

Example 2
I’ve recently been seeing someone who immediately seemed perfect: a self-proclaimed poet and musician, with that head full of thick red hair I’ve lusted after since my first male best friend who inevitably broke my heart. (Gingers seem to be a constant in my life.) I should’ve realized something was awry when, after receiving the coveted Facebook friend request, I saw something disturbing in his profile picture album: wedding photos. His wedding photos.

Weddings are definitely not something to have a deep virtual conversation about, so I was hesitant to ask. Did I really want to find out if I was the other woman? Did some terrible accident happen to her, making him forever scarred and mourning her? If we were to ever get married, I would be his second wife while he was still in his 20s. That freaked me out enough to ask the question. 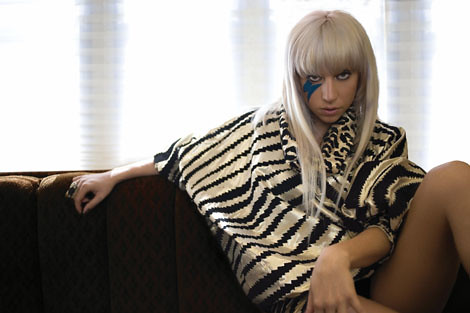 Yes, he had been married. And divorced. He told me they had dated for seven-and-a-half years, decided to tie the knot and eventually grew apart. They loved each other, but they stopped being in love. The papers were filed when he caught her cheating on him. Sometimes bad romances are the ones you never thought would end.

Example 3
In the past semester, three of my best friends have gone from single to taken. In respecting their privacy, I’ll just share the basic specs: One was the rebound after a year-long courtship, one chose to date the best friend of the guy she was originally with, and the other had a great relationship, dumped the other half for no reason and wound up getting them back together after a matter of weeks.

All these relationships grew out of complicated circumstances some would even call negative. But, at least for now, they’ve proved that the potential of success needs to be considered on a case-by-case basis. No two couples are alike, and neither are the reasons they end up together. Sometimes bad romances — like these and Gaga’s — could be the best romances.

So, despite the bad romance I had with Rome (and Romans), it had an undeniable effect on me — just like all the aforementioned romances with actual people. Gaga, it really doesn’t matter whether your manly muse wants to just be friends or not. Whether you like it or not, he’s made his way into your life – for better or worse.

Libby Peck can be reached at elizabeth.peck@temple.edu.

Columnist Alexis Sachdev scopes out unconventional spots to locate your next lover. Until today, March 20, I had previously not been able to legally go to bars to pick up a strapping young lad. That’s

No boys allowed: a new tool in matchmaking for women