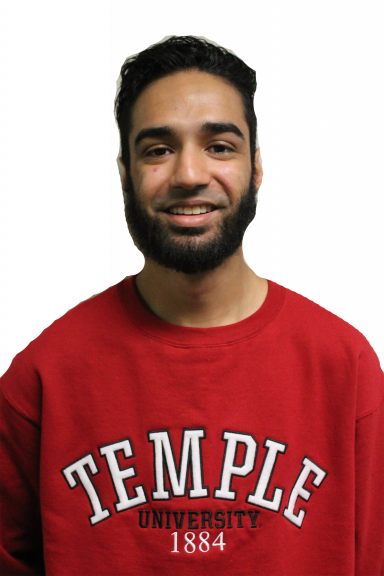 The first time I saw Amena Khan wearing a hijab in an advertisement for L’Oreal Paris, I thought of my friends and smiled. A hijab is a traditional Muslim headscarf worn for modesty, and it was deeply inspiring to see someone wearing one in a mainstream beauty advertisement.

“Whether or not your hair is on display doesn’t affect how much you care about it,” said Khan, a Muslim beauty blogger and the co-founder of Ardere Cosmetics, in the advertisement.

Some of my best friends are proud Muslim women who wear hijabs. It made me happy to think they could finally see themselves in an advertisement for a mainstream beauty company, especially when there is so little media representation of women of color and Muslim women.

Though I am not Muslim or a woman, I think more advertising should be inclusive — not only so women who wear hijabs can see themselves as beautiful, but also so they are inspired to achieve their career goals, just like Khan did.

According to a 2016 survey by The Fashion Spot, 78 percent of women in beauty advertisements were white — leaving little room for women of color. According to an article published by the Atlantic, nearly 60 percent of Muslim women are not white.

Representation matters. When Muslim women are excluded from mainstream media in favor of non-Muslim, white women, it strips them of potential role models and can discourage them from aspiring to certain career goals — all because they don’t often see themselves portrayed in those fields.

“Having a role model who is shown in a positive light and is being embraced in an inclusive manner certainly sets the tone for young Muslim women that they are valued,” said Jennifer Ball, an advertising professor. “They have a place in society and…they are welcome here.”

Luckily, it seems times are beginning to change. In addition to Khan’s beauty advertisement with L’Oreal Paris, CoverGirl debuted a diverse lineup of new models in 2016, including Nura Afia, a Muslim beauty blogger. And last November, toy company Mattel introduced its first Muslim Barbie doll. According to the Washington Post, the doll, which wears a hijab, is inspired by Olympic fencer Ibtihaj Muhammad.

Yes, this is just a doll. But by depicting Olympic achievements by Muslim women, the doll symbolizes much more. It gives young, Muslim girls a doll that looks like them and a successful role model.

“It shows them that they can do what they want while still wearing a headscarf,” said Ghada Ayad, a freshman pharmaceutical sciences major who wears a hijab.

Not only does representation in advertising have the potential to inspire Muslim women, it also can help fight stereotypes. According to the Islamic Networks Group, Muslim women face their own set of stereotypes in the United States; they are often thought of as “oppressed,” “passive” and “uneducated.”

“The ability to disconfirm stereotypes is really important,” Ball said. “Otherwise, if we have an unrealistic view or a view that is too narrow of a particular group, obviously that has particular implications then affect policies that get set.”

“If groups are represented in a more holistic manner that fits a wider range of the actual experiences and roles of [Muslim people], that can certainly help us strive for greater equality and less divisiveness,” Ball added.

We can’t pretend these few instances of inclusive advertising are enough to make Muslim people feel represented by the media. Still, I hope they feel like a solid first step.

Fair representation in entertainment, advertising and the media is essential to reducing stigma and promoting inclusion. I see these inclusive beauty advertisements as a strong foundation for accurate representation of Muslim women, some of whom I’m lucky to call my friends.