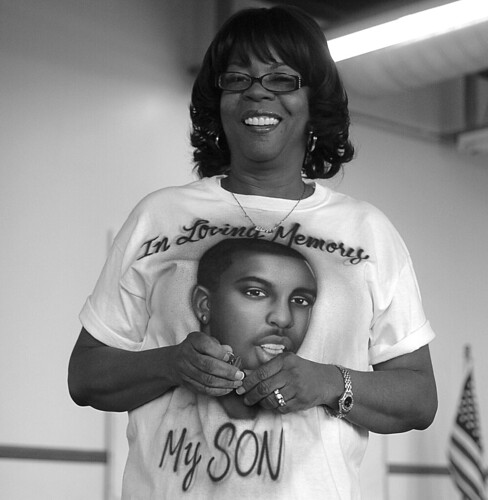 When the life of Dorothy Johnson-Speight’s 24-year-old son surrendered to gunfire, his death did not end with a funeral.

Instead, his memory inspired the founding of Mothers In Charge, a community advocacy and support organization for families affected by violence. Speight founded the group after her son, Khaaliq Jabbar Johnson, was gunned down in December 2001 over a parking space in an Olney neighborhood.

The organization of mothers, aunts, grandmothers and sisters assists individuals during the beginning and post-stages of losing a loved one.

In maintaining its efforts to provide counseling services, the group has opened a victim support center, at 2233 W. Allegheny Ave. The center will offer group and individual counseling sessions as well as violence prevention education and intervention.

The additional facility will aid families in implementing strategies and programs to overcome tragedies inflicted by random acts of violence in their communities.

After she lost her 18-year-old son to gun violence, Michelle Kerr Spry, a member of the mothers group, said the center provides comfort for those who need a quiet place that they may not have in their home.

“Our vision was to create a grief support place that will allow you to sit quietly and do some self-healing,” Spry said. “I was able to help in that way by creating an environment where we have small group meetings. We have a place that is homelike, that is clean, safe and uncluttered so we can unclutter our minds.”

In addition to counseling, the center also provides members with resources for funeral arrangements and victim compensation funding. The state reimburses families for burial expenses as long as the victim was not involved in the crime.

“The new space allows us to do two things, one that is very supportive and comforting and then the other one that gets down to the business of laying your loved one to rest. It’s a wonderful space and has this duality that is necessary for us to get through this process,” Spry said.

Speight said her son’s aspirations for life motivated her to open the new facility.

Johnson graduated from the University of Maryland Eastern Shore and had been accepted into an accelerated master’s program.

“I think it’s important especially for Temple students to realize they have to be the change they want to see. What better time to get involved than now, to make a difference,” Speight said. “We’re all affected indirectly, no one is really safe until we’re all safe and that goes for everybody in the heart of North Philly.”

NEW YORK – A young Mick Jagger sits appeasing a journalist with a boyish grin on his face. The journalist asks, “Can you picture yourself at the age of 60 doing what you’re doing now?”

When most people think of psychics, they envision a Miss Cleo lookalike – with a gypsy headscarf, tacky jewelry and crystal ball – seated in a shady backroom of a shop on the boardwalk looking