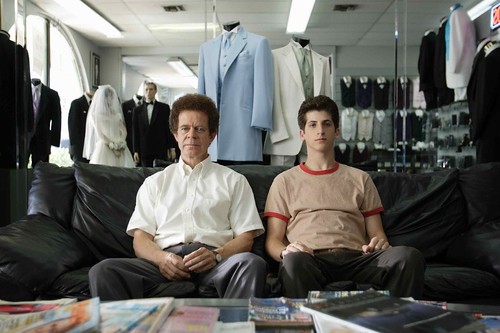 Since its birth in 2002, the Tribeca Film Festival has been the place for brash independent films to be exposed to the public. The festival, which was founded in response to the tragic events of Sept. 11, 2001, by producer Jane Rosenthal and actor Robert De Niro, has grown and spread to venues around New York City.

This year’s festival, which ran from April 23 to May 4, was filled with the kind of energy that can only be found in New York City. Cameras flashed and glitterati arrived on the red carpet in droves.

The Tribeca Film Festival is known in the film industry as the venue for showcasing budding new talent alongside Hollywood mainstays and high-profile celebrities. This year’s festival featured the premieres of Tina Fey and Amy Poehler’s Baby Mama, for example, and the soon-to-be blockbuster Speed Racer.

Covering the festival involves seeing a revolving door of stars, ushers and the occasional obnoxious PR representative, and viewing film after film – which can take a toll on the psyche, not to mention the memory. However, two singular films emerged for me and struck a chord that, in all honesty, hasn’t been struck in a long time.

Bart Got a Room
“Dorky” is the best word to describe the film Bart Got a Room. It’s a movie about life at a Florida high school, in which you’re not quite cool and not quite the ultimate loser.

Written and directed by Brian Hecker, Bart follows Danny Stein (Steven J. Kaplan) as he desperately searches for a date for – what else? – the prom. Danny has purchased everything – the tux, the flowers, and even the hotel room – but date prospects are few and far between in this young man’s world.

“It’s about a prom. It’s a huge day,” said William H. Macy, who plays Danny’s awkward and supportive father. “For me, the prom was huge. It was the first time we got to act like adults, with everyone all dressed up and a lot of ‘inter-boobular’ action.”

“It isn’t entirely the story of his life,” Kaplan said. “But there’s so much of Brian in this.”

In fact, Hecker said in a brief speech preceding the film premiere, “If I had any shred of self-confidence in high school, I wouldn’t be here tonight.”
The characters in Bart Got a Room are engaging and funny. Kaplan brings Danny to life with an authenticity that can only come from someone who knows the situation well. He, along with his tactless parents, played brilliantly by Cheryl Hines and Macy, create a family that’s void of boundaries but not of love and support.

Bart Got a Room is a witty film that reminds us all of the hardships we endure as teens struggling to fit in. Bart allows us to recall how it felt when the world seemed to be caving in and all we had were the people who loved us.

“What’s special about Bart Got a Room is that it’s not the typical high school prom film,” Kaplan said. “It’s not about getting laid. There are greater themes here.”

The Wackness
It’s the summer of 1994, hip-hop is all the rage, and New York City is the setting for a new generation of young people who are infiltrating American culture. Meanwhile, one 18-year-old is trying to make his way through the confusion and chaos that comes before moving on to college.

Director and writer Jonathan Levine has recreated a world that is quintessentially New York City and yet can appeal to anyone. The film reminds us how this country and the city of New York have changed so drastically in the decade between Rudolph Giuliani’s clean-up of Manhattan and post-Sept. 11 America.

Levine, who in fact graduated from high school in 1994, takes viewers on a journey with Luke Shapiro during his final summer in Manhattan. It’s a summer of young love, which highlights the fears and frustrations that come with looming adulthood.

One of the best stars of The Wackness, which made its world premiere at Sundance Film Festival, is the music. Luke is passionate about rap, and tapes a boombox to his ice cart, from which he regularly blasts the music of Biggie Smalls. The soundtrack, a mix of everything from ’60s rock to ’90s hip-hop, culminates in the film’s final scene. Luke puts a mixed tape from Squires into his boombox and “All the Young Dudes” by Mott the Hoople begins as the credits roll – a solemn but optimistic note for the young characters.

Peck and Thirlby act with a ferocity that is rare in such young actors. Peck, an unlikely choice for a lead due to his Nickelodeon work, is true and honest in his portrayal of Luke. He’s droll without being hysterical.

“I chose it because it was very fresh,” Peck said. “I felt something about Luke that was inside of me, that was living inside of me.”

Thanks to Levine’s style and strong performances from the young actors, The Wackness, which opens in Los Angeles and New York on July 3, is a bittersweet, nostalgic and stirring film that’s anything but “wackness.”

Check out letters to the editor, Dirtlings, the tax exempt terrorism continues! Still, no time for PETAphiles, because it’s the Dirt: I Heart NY Edition! Work. I managed a two-day stint in the Big Apple

Left Behind: The end to an academic year brings a host of memories graduates will leave behind.

The Class of 2008 is packing its bags. The graduates are moving out and pressing ahead to start careers. But as is usual when one checks out of a hotel room, they’ve inevitably left some

REVIEW – In the era of the big-budget blockbuster movie, it is hard to find a film that doesn’t rely on explicit sex, violence and car chases to draw in audiences and make money. It’s