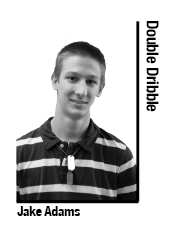 The women’s basketball team has reached the NCAA tournament in each of the previous eight years.

But when the tournament committee didn’t call Temple’s name on March 12 during the Women’s NCAA tournament Selection Show, things got a whole lot different for the Owls, and coach Tonya Cardoza.

Cardoza is in uncharted territory coaching the team in her first Women’s National Invitational tournament appearance since she was hired four years ago. In her 14 years as an assistant at Connecticut and her first three at Temple, Cardoza never once coached a WNIT game.

“It’s different,” Cardoza said after the Owls’ opening round, 75-60, victory against Quinnipiac on Thursday, March 15. “But again, you just have to adjust and adapt. I ask my players to do it all the time, to adjust and adapt to situations, so as a coach you have to do the same thing.”

The WNIT poses challenges for the players and especially the coaches. The location, date and time of each game isn’t determined until the round before it ends, meaning teams have two to three days to prepare for the next matchup.

And games aren’t hosted at neutral sites or at the home team’s court. It’s all dependent on which school offers to host the game first, if at all. Temple decided to host the opening round game against Quinnipiac and the second round match if Harvard beat Hofstra, which they did.

For the players, the tournament can take a toll physically, as they could play three games in less than a week.

“It’s a little challenging,” senior guard Shey Peddy, said after the 64-59 win against Harvard on Saturday, March 17. “But we just have to buckle down and step it up.”

For Peddy, who’s averaging 22.5 points in the last two games, it’s even more challenging as she’s battling a broken nose that she suffered in the Owls’ Atlantic Ten Conference Tournament quarterfinal victory against Duquesne.

For the coaches it means using different game plans to rest their players and not overworking the team during practice.

“We just decided to work on our zone [against Quinnipiac] ‘cause we know that down the stretch we’re probably going to need to, instead of resting people on the bench, you can rest them in the zone,” Cardoza said after the Quinnipiac game.

“We have to make sure that what we’re doing on our off days are productive, and not getting a lot of wear and tear,” Cardoza said following the Harvard game. “We’ve been playing [our starters] a lot of minutes so we’ve got to make sure we’re keeping them rested.”

Cardoza is without senior center Joelle Connelly, and freshman guard Tyonna Williams didn’t suit up against the Crimson on Saturday, March 17, because she forgot her uniform. Connelly’s absence especially leaves the Owls with a short bench.

“She just needs to focus on her school work, and making sure she’s handling her business in the classroom,” Cardoza said of Connelly after beating Quinnipiac.

Cardoza has to find a way to get her freshmen guards – Monaye Merritt, Williams and Rateska Brown – extra minutes to spell seniors BJ Williams, Kristen McCarthy and Peddy. She called her decisions on who’s likely to sub in first a “crapshoot.”

“We just pay attention to what’s going on in practice and basically what happens the couple of days leading up to the game, that’s basically who we go with,” Cardoza said after the Harvard game.

But the biggest challenge facing this team may be recovering from the disappointment of not making the big dance for the first time in nine years.

“This is where we’re supposed to be,” Cardoza said Thursday. “We’re just hoping that we can get ourselves in a position to try to win it all.”

The seniors appeared visibly disappointed on the night of the NCAA tournament Selection Show when Temple was left out of the Big Dance. They earned the WNIT appearance, after failing to win the A-10 and earn one more NCAA tournament bid in their final year.

Junior forward Victoria Macaulay was also hit hard by the missed opportunity, as she had a chance to win the Dayton game in the final seconds but missed a layup. Even though the team has stated far more went wrong in the game than that shot, Macaulay is determined to avenge the missed shot. She’s averaging 13.5 points and 7.5 rebounds in the first two games of the WNIT.

“The past two games, it’s just like we have to win it,” Macaulay said Saturday. “We have to win this whole thing to prove to the NCAA that they should’ve picked us. That one game, or that one layup, shouldn’t determine whether we made the NCAA [tournament].”

And that’s where this team’s mindset is: to win at all costs and prove to the committee that they should have made the big dance by walking away with a WNIT title.

“Now there’s an opportunity to win this championship,” Cardoza said.

Fifth-year transfer has made an immediate impact.

Upset slips away in 2nd half

The Owls had a double-digit lead in the first half, but Rutgers slowly chipped away to win.

The Owls will face challenges against conference foes.