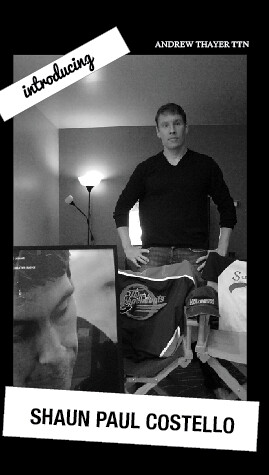 Shaun Paul Costello, a 2008 alumnus and Philadelphia native, has been actively involved in the film industry since graduating with degrees in theater and film and media arts. An actor by dream, Costello has become a man of many jobs.

He and his other half, Joe Gariffo, founded Lucky Bastard Productions, a company that released five films that have been slowly unrolling the carpet for the hard-working duo. Their first film, “Swooped,” won six awards in film festivals around the country and opened doors for more opportunities.

The Temple News talked with Costello to get a glimpse into how his experience at Temple and in Philadelphia has helped him pursue his dream.

The Temple News: How did Temple prepare you for the “real world” film industry?

Shaun Paul Costello: [My majors were] the perfect combination. I wanted to be a film actor. I know if you put me on a Broadway stage, there’s no way, I’m horrible. In a classroom setting, you get a lot of intimate acting and that’s a lot of camera acting. It is something you can do in a classroom but not on a major stage. I got a lot out of that.

Putting together little shorts gave me the fundamentals and set a good ground-work for film. When they teach you how to make a budget in your producing class, you don’t learn everything. You don’t think about real world expenses until you’re in the real world. You don’t realize that hey, we need $200 for batteries for the walkie-talkies in addition to the $10 rental fee.

TTN: What was your first step after graduation?

SPC: Me and Joe [Gariffo], we’re actors, and that’s all we really want to do is act. So when we got out of college we had an idea for this 11-page short film that we wrote in the back of a Honda Civic on a road trip from Orlando, [Fla.] to Philadelphia. It was called “Swooped” and it was something stupid that happened between us with a girl.

TTN: How did “Swooped” transform into a feature film?

SPC: After we had the short written, I was sleeping and it came to me in a dream that it was a feature. So during the World Series between Tampa Bay and the Phillies, we locked ourselves in a basement and in two days we wrote this script and just started sending it out to people. Everyone really liked it and thought it was funny and next thing you know, we have a budget, someone to shoot it and a camera that makes everything look like 35mm film. We got lucky, and that’s why we call ourselves Lucky Bastard Productions – because we kind of just got lucky.

TTN: You said making a feature was like being in film school, how was this shown in the making of “Swooped?”

SPC: It depends on how open you are to criticism. For “Swooped,” we wrote it, edited it, produced it, acted in it – it’s all us. If it sucks, it’s us. You have to be able to put your ego aside and work as a team. That’s the one thing me and [Gariffo] are always good at, compromising. We’ve learned that from “Swooped” and that is why we’re taking our time with “Independents.”

“Swooped” taught us to be professional. Our financier taught us the business side and has been like a father figure. The easy part was making the movie, it is what do you do after you have a movie that is the hardest. We were sending it out to film fests but they can take up to six months to get back to you. So while waiting, we became active and started seeking distribution of the film. We’ve been holding off until the best opportunity, and that is what our business partners have been teaching us.

TTN: How has working in Philadelphia helped you in the making of your films?

SPC: We are extremely loyal to everybody we work with. We want to cast people we’ve worked with before so they get more experience, more roles and the chance to work on a put together production so they can get to the next level themselves.

The loyalty that we show to Philadelphia, Philadelphians and the city itself give it right back to us. We have gotten access to shoot at Pat’s and Geno’s, and now we’re talking to the Wells Fargo Center and the Flyers [for “The Independents”] and everyone is really interested in helping us out. We wrote a scene into “The Independents” involving a fundraiser similar to the Flyers Wives Carnival and how it gives back the neighborhoods. It allows us to gain contacts with various people and when we do film, we will be throwing a fundraiser in which all proceeds will be donated to Children’s Hospital of Philadelphia.

We’re just trying to make the city of Philadelphia an actual film place. The best part about Philadelphia is that you can be in the ghetto one second, the suburbs the next, the mountains in an hour and the beach in an hour the other way. Whatever you need, it’s here in Philadelphia.

I understand money comes from Los Angeles and New York, but they’re cramped, you’re like a fish fighting upstream everywhere you go and everyone is so hostile. Philly, we have attitudes too, but if you’re from Philly, and you show attitude right back, you get respect.

Jenine Pilla can be reached at jenine.pilla@temple.edu.

Joe Gariffo and Shaun Paul Costello are actors and filmmakers who are making Temple proud.