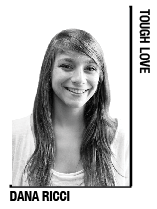 Dating websites, Craigslist’s “Missed Connections,” Skype dates, sexting–these things all mark the advent of the digital age of dating. Between classes, schoolwork and full-or- part-time jobs, some college students can barely squeeze in a social life, let alone the time it takes to go out and meet someone and keep up with them via face-to-face contact. This isn’t news at all. What has intrigued me about all aspects of digital dating is why one of my friends ends up sending some of her online “matches” pictures of her cats.

Recently my friend told me about her experiences with the guys she meets on Match.com. While some of her matches are bewildered when she isn’t interested in pursuing a serious relationship with them when she is signed up for a website that seems to offer only that, others don’t waste time getting to the point. She told me that in many cases, the request and sending of naked or near-naked pictures begins once numbers are exchanged, usually before meeting. Hence, before ever seeing a person in real life, my friend receives a surprise–blurry cell-phone picture of her match’s exposed lower regions.

While she doesn’t enjoy receiving these picture messages and usually complies with the matches’ requests by sending pictures of her cats in empty beer-case boxes, she said she has heard of the same thing happening on a handful of other dating websites.

And it makes sense: Many people on the Internet are looking for sexual relationships involving naked people. Big deal. Sure, on Match.com one may think because users are paying for it they are more interested in serious relationships that don’t involve sexting before the first date. But, alas, it’s out there and it probably always will be–even when there is no more Internet, but instead everyone is constantly connected with others through tiny microchips placed between their eyeballs.

Anyway. One thing this made me think about was the implications of men choosing to participate in sexting. While I’ve never been the lucky recipient of one, my friend’s stories of her matches’ over-friendliness were not the first complaints I’ve heard from women upon receiving a nude photo. In fact, there have even been editorials written warning men that unless they are sending these pictures to their significant others or people who are intimate with them, surprising someone with a peep-show message is actually more offensive than sexy.

But has anyone ever said that about pictures of naked women?

Rather than text-blasting my entire contacts list with a nude female picture and gauging the responses, I am going to say that perhaps it is a matter of context. There are probably more naked women in R-rated movies and more near-naked women in magazines and advertisements than there are men. Think of the R-rated movies, such as “Bruno” and “The Hangover,” which show more male nudity than butt cheeks, and think of all the attention those movies got for that. Also, think of movies such as “Jackass” or “Old School,” where naked men are pictured as being comical rather than erotic.

I don’t mean to hammer away at a critique on gender stereotypes or anything like that, it’s just interesting how the depictions of naked people in the media may have found its way into how we perceive surprise naked pictures in our cell phone inboxes. Maybe it’s not a matter of “don’t send a naked picture to anyone unless you want it to end up on the Internet 10 years down the line when you run for office” anymore. Maybe it’s a matter of “don’t send it if it’s of your penis, because that’s going to freak someone out.”

So perhaps male nude photos shock us a little. Maybe whenever the sexting gods bless us with a visual we’re trained to think “whoa, this isn’t ‘Jackass’ or the freak show circus I saw in the Northern Liberties where a man stapled his scrotum (true story), this is my inbox and I don’t even really know this guy.”

Of course, the element of surprise may have something to do with it. Perhaps the likely recipients of unexpected male naked photos differ from those of unexpected female naked photos. One may be a more excitable or unprepared bunch when it comes to these matters. Or maybe, regardless of gender and what body parts are depicted on the cell-phone screen, when startled by nakedness the only viable response is a picture of your cat.

Dana Ricci can be reached at dana.ricci@temple.edu.

For minors, sending or receiving nude photos of significant others can lead to more than just arousal.

Columnist lays out rules of breakup

This week columnist Dana Ricci looks back on bad breakup experiences and devises a code for making breakups go smoothly and hurt less. I’ve been there before: Lost in the post-breakup heart haze, baffled and

Resolve to take the lone road

Columnist Dana Ricci advocates finding happiness within one’s self before seeking it within a significant other. Is it just me, or is what I thought was “breakup season,” as in May through July, happening in