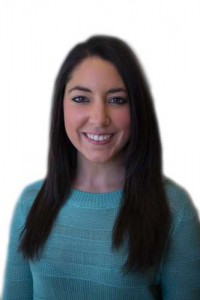 “I think they should join, and I’m really surprised that so many young people these days still smoke,” said sophomore journalism major and nonsmoker Avory Brookins. “All the knowledge we have about how dangerous cigarettes are, yet people still turn to them. It’s just a terrible habit. Temple should definitely reinforce that this is a bad thing to do to yourself.”

A study conducted at Missouri Western State University revealed that cravings caused by nicotine addiction often lead to a decrease in student productivity, making it difficult for some students to make it through a class without stepping out to smoke. The study showed that students who smoked had a tougher time avoiding this distraction when attending classes or doing homework, resulting in a lower GPA.

Brookins and fellow sophomore journalism major Noe Garcia said smokers not only endanger their own health, but the health of nonsmokers around them as well.

“I think [a smoking ban] be awesome because not only is it gross, but what about people who have asthma or something?” Garcia said. “It’s a really disgusting habit, and they just flick their cigarettes on the ground half the time and step on them, but that’s not good for the squirrels or any other animal, for that fact.”

According to the Centers for Disease Control and Prevention, secondhand smoke contains more than 7,000 chemicals, hundreds of which are toxic, while around 70 have been proven to cause cancer.

Nonsmokers shouldn’t have to hold their breath or worry about their lungs being charred. It’s hard to walk anywhere on campus without getting smacked in the face by a cloud of cigarette smoke.

On an average day, I probably come across at least 10 to 15 smokers. Not too long ago, I was walking to class and got caught behind a girl smoking. I made the mistake of inhaling as I tried desperately to move past her on Liacouras Walk.

Designated smoking areas aren’t going to alleviate the health risks to nonsmokers either. Smokers would potentially be able to smoke walking to and from classes if smoking remained permitted.

Nonsmokers constitute the majority, as 24.8 percent of America’s full-time college students aged 18 to 22 years old were smokers in 2010, according to Americans for Nonsmokers’ Rights.

Becoming a smoke-free campus would be a healthier choice and a better move for the community as a whole.

The university announced Tuesday that it will ban cigarettes, cigars, hookah and devices, like Juul.

Restricting tobacco on Main Campus isn’t practical and may be dangerous.