Even for adults, sexting can have dire results.

It was a matter of ten seconds before half of the town witnessed what Brianna Pellegrino looked like naked. Literally butt naked. After sending explicit pictures through text message to a guy she barely knew from high school, he held no hesitation to show show the local bar her scandalous photos. With a few jack and cokes in his system, he impulsively whipped out his cell phone, exposing Pellegrino’s bare body for all eyes to see. 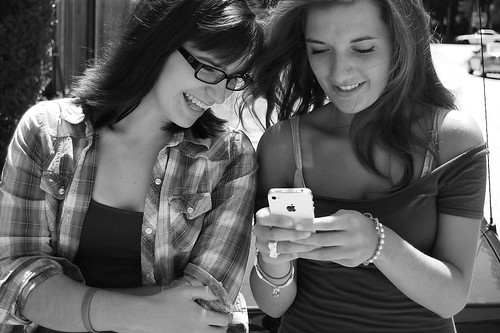 “It was a way for him to brag,” Eric Balawejdar said.

Balawejdar, a senior accounting major, was one of the many who were shown the racy pictures that night.

“There aren’t many guys out there that wouldn’t show at least one person a naked picture from a girl. I don’t care how many times they swear they would keep it a secret,” he said.

“Flat out, I was not thinking about the consequences at the time,” Pellegrino said.

After going through a rough patch with her boyfriend of eight years, Pellegrino gradually began to experiment the adventures of being single.

“I was so used to having a great boyfriend who I could trust that I was very naive when it came to meeting new guys in my life,” she said.

Pellegrino is from a small town in the Philadelphia suburbs where word travels fast, especially with the help of cell phones.

“What amazed me is how long it took until I reached the news that it was a popular gossip topic in my area,” Pellegrino said.

What made the gossip even juicier was that she was back together with her long-term boyfriend and this was going on behind his back. After months of people chitchatting over the secretive news, word gradually spread to her boyfriend and younger sister even before it reached Pellegrino. 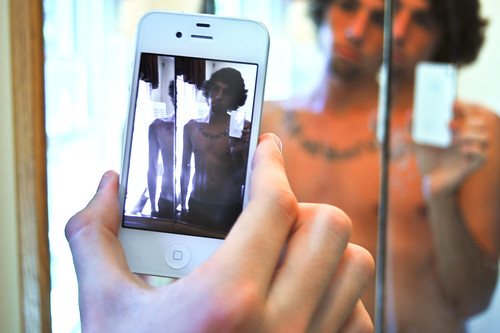 “Although my boyfriend was furious with me, nothing was more embarrassing than my sister finding out, it made me want to crawl into a corner,” Pellegrino said.

After staying away from the outside world, Pellegrino said she gradually made amends with her boyfriend and friends.

“I will never again expose myself like that over technology,” Pellegrino said. “My boyfriend no longer trusted me, let alone wanted anything to do with me.”

Although a few words were said to who was responsible for spreading the racy text messages, Pellegrino said she takes responsibility for her actions and did not wish to go any further with retribution.

“We have found a way to use technology as a way to create love and expression. It is almost as if sexting is a love letter for the 21st century,” Dr. Amanda Czerniawski, an assistant sociology professor at Temple said.

Aside from average girls in their 20s suffering consequences, the concept of sexting has also cost many people their jobs. Louis N. Magazzu,14, a New Jersey County Commissioner, recently resigned from his position after sending naked pictures of himself to a woman he had never met. The pictures quickly surfaced in the eye of the public.

On Aug. 2, Magazzu resigned with a statement to the public: “Unfortunately, in my personal life, I did not always demonstrate the wisdom and balance that I expected from myself, and that the people of Cumberland County deserve and have every right to expect.”

Carol B. Johnson, a resident of Center City, manages the blog Louis N. Magazzu Watch, where the pictures the woman sent were posted. The photo gallery on his site has since been removed. The topic of whether or not Johnson will receive criminal charges is still currently being discussed.

“We have to take race, gender and class into context when it comes to the topic of sexting,” Czerniawski said.

According to records, 78 percent of college students have received an intimate text message while 10 percent admitted to forwarding the message to someone else.

“It was more like I needed a sense of belonging while talking to that person,” Pellegrino said.

“Our generation is very vain, and because of this, some of us feel that we must share more of ourselves with others,” Czerniawski said.

“If people want to send explicit pictures of themselves, I don’t see a problem with it as long as they know the consequences of other people seeing it,” Carly Kozal, a senior business major said. “In Magazzu’s case, I may have a different opinion. Since he is a public figure who works for the benefit of the community, I don’t think it is appropriate for him to be sexting.”

In the meantime, our generation will continue to explore the many new virtues of technology. College students, as well as others, should familiarize themselves with the consequences of sexting and how it can easily damage one’s reputation in the future. It is always important to think of the consequences before pressing send.

You should know DJ Sylo

Maryland native and junior broadcasting telecomunications and mass media major Brady “DJ SYLO” Ettinger opened for Kid Cudi this summer and Chiddy Bang this past Saturday night. Before he heads to London for the fall