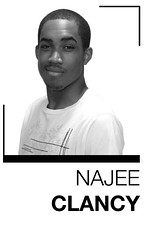 In North Philadelphia, far away from the lights of Center City, there is a gloomy aura that looms over the area.

Philadelphia is plagued with abandoned structures and vacant land masses. Nearly $300 million has been poured into a transformation initiative to renovate and rebuild more than 30,000 abandoned buildings that have been vacant since 2000.

In 2008, a study conducted by the Federal Financial Institutions Examination Council ranked the Philadelphia area as the second among U.S. cities with the most foreclosed properties, with 71,888 homes having foreclosed in the last year.

So what is happening to the said improvements and renovations to these properties?
They have simply become too costly.

Former Mayor John Street and Mayor Michael Nutter demolished less than 8,000 buildings totaling $181 million from 2000 to 2008. In contrast, former Mayor Ed Rendell demolished 10,813 buildings at the cost of $88 million – a cost much lower than the current demolition prices – during his terms.

The Philadelphia Inquirer pointed out the failure of the Neighborhood Transformation Initiative, a program implemented by the Street administration that would fund the demolition of abandoned buildings and renew blighted communities with open spaces and new housing developments.

Since suspending NTI operations in 2008, Nutter is now faced with the pressure to revamp NTI and make steps toward cleaning up city streets.

As a first-year student at Temple, I find the city’s historic majesty to be masked by the dreariness of dilapidated housing structures and abandoned buildings.

Philadelphia has the potential to once again become a lively and prosperous city. It would be in Nutter’s best interest to implement a strong and swift revamp of NTI to improve the city.

Although Street’s five-year goal to demolish 14,000 buildings came up short, it would be best to re-activate NTI to benefit the city financially and aesthetically. It would increase city revenue, beautify the city and make it a place visitors would flock to.

Philadelphia residents would also benefit from the beautification programs that result in cleaner streets, less crime and improved neighborhoods. Such improvements have been evident in Washington, D.C., where older-model homes and buildings have been renovated to beautify the lower-income areas.

I love the Philadelphia area and take pride in it. I want people to love it as much as I do and not feel negative vibes when driving through inner-city streets oustide Center City.

Najee Clancy can be reached at najee.clancy@temple.edu.

Relocating to Spain was a life-impacting event for Carlene Majorino. In the final edition of her column from abroad, she reflects on returning to the States with newfound awareness.

The program will help high school students through the college application process.