More than 30 years after her graduation, Kathleen Jenkins still gets goosebumps when she steps on Main Campus.

Jenkins, a 1983 mechanical engineering alumna and decades-long NASA engineer, was the first president of Temple’s chapter of the Society of Women Engineers, which had four members in its inaugural year. The group now has 70 students.

Jenkins will meet with Temple’s SWE chapter on Thursday for the first time in about three decades.

“To go back and see the girls for the first time, this is going to be mind-boggling,” Jenkins said.

Jenkins will visit Main Campus to speak at the fourth annual “Girls! Be That Engineer!” event, which is an educational program for young girls interested in engineering professions. The event, hosted by SWE, will draw several dozens of girls, including students from the Philadelphia High School for Girls and members of the Girl Scouts of Central and Southern New Jersey, to the College of Engineering building.

This event is part of Temple’s celebration of National Engineers Week, which will run through Saturday.

Members of SWE will conduct several activities related to different engineering disciplines, like constructing a water dam out of Play-Doh and building quizboards out of LED lights.

By exposing students to a variety of engineering fields, Ladan Abbasi, a senior civil engineering major and president of SWE, said the event helps young girls realize how engineering is a multidisciplinary field.

“There’s water dams, there’s trains, there’s also bioengineering with prosthetics, there’s so many different pathways you can take,” Abbasi said. “Seeing the different activities and what they each stand for, that kind of opens more doors for them.”

In Fall 2016, 20 percent of all students enrolled in the College of Engineering were women. This gender imbalance is reflected at the national level, too, where women make up 24 percent of the national STEM workforce, according to a United States Department of Commerce report, “Women in STEM: 2017 Update,” published last November. 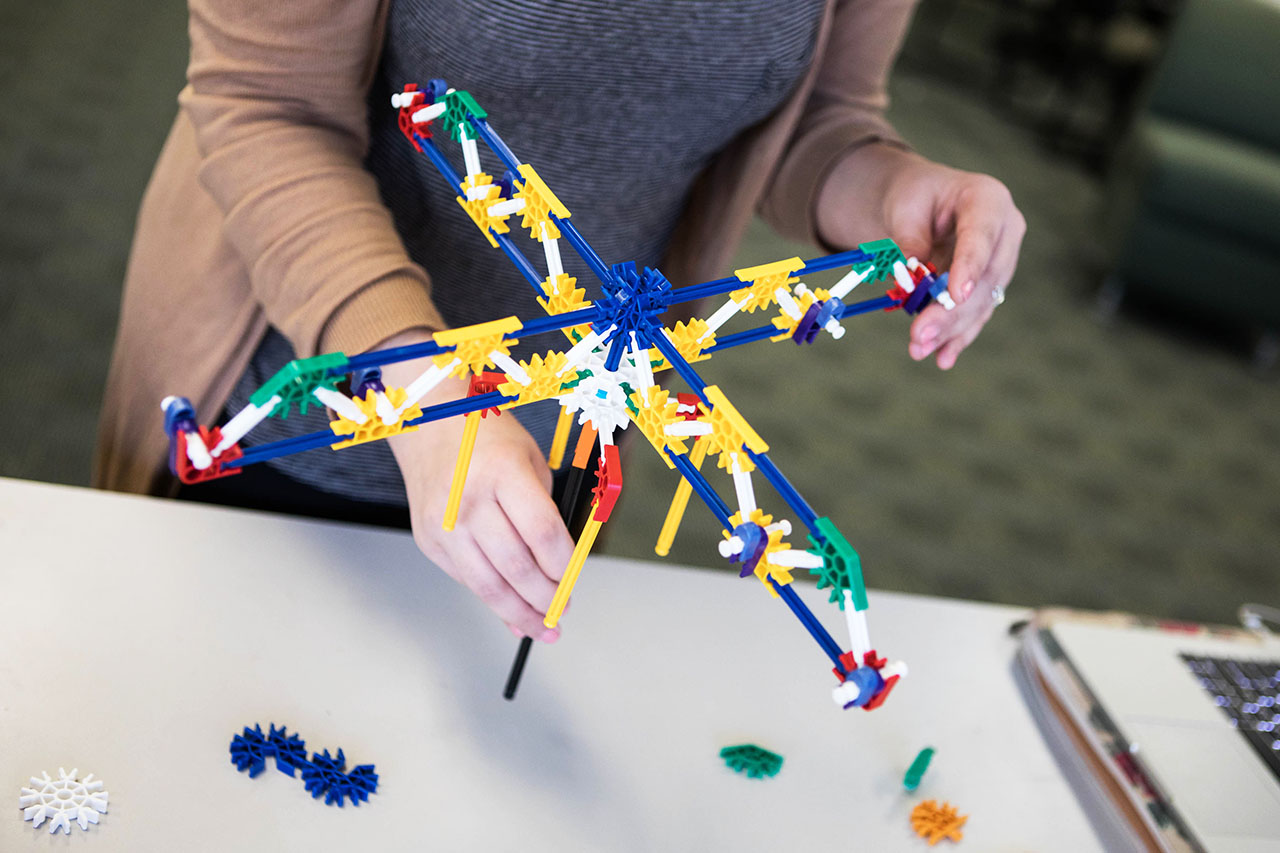 Abbasi said SWE wants to break down the stereotypes that inhibit girls from pursuing STEM careers.

“The major part of it is breaking down that stigma around math,” Abbasi said. “When you learn that engineering is more about team building and it’s kind of like building a puzzle, I think it becomes more of an approachable topic to people. … It’s overcoming some of those barriers like, ‘Math is hard, math isn’t for girls.’”

When she was a senior in high school, Abbasi attended Widener University’s two-day summer engineering program for girls. The experience illustrated how engineering isn’t just a profession based around construction sites and driven by men.

“What was really neat was to actually see those women in engineering, the professionals,” Abbasi said. “There’s such a stigma that when you think of [an] engineer, you think of hard hat, steel-toed boots, that’s really it. But actually going there, [I saw] that engineering is more than that.”

Last summer, Abbasi accompanied the participants of the College of Engineering’s WE2 program — an annual, week-long program for high school girls that fosters interest in engineering — to visit Jenkins’ work: the Goddard Space Flight Center in Greenbelt, Maryland.

For the last several years, Jenkins has led the group of girls around the facility. She remembers the stunned reactions of one particular group when they heard the enormous “sonic boom” of an acoustics test, a procedure that ensures a material can withstand the acoustic pressure of a space launch.

“They were just in awe,” Jenkins said. “Whether they get into engineering or not, it’s just the experience, and just to get them sparked in some direction.”

Since starting at NASA in 1991, Jenkins has worked on many major projects, including testing hardware for the Hubble Space Telescope, the first major telescope to be placed in space in 1990.

Today, she oversees about 70 employees as the associate branch head for mission systems engineering at Goddard, a major NASA space research laboratory. Whether she’s working with one of her employees or with a young student curious about STEM, Jenkins said she thinks it’s her responsibility to help others get ahead in their careers.

Decades after becoming an engineer in 1980, when women made up 14 percent of the STEM workforce, Jenkins said she feels great pride in seeing so many women now hold executive positions in her workplace.

Even with this growth, Jenkins said she almost can’t believe that SWE has grown to be as large as it is today.

Representation in Barbies a positive step for feminsim

The new collection of dolls will educate and motivate the young girls who play with them.