While other universities push students to finish in three years, 67 percent of Temple students take six or more years to graduate. 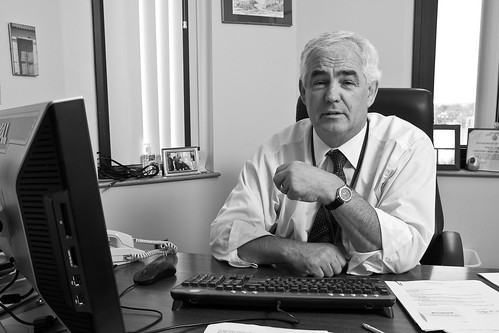 While debate continues on whether America’s colleges should replace four-year degrees with three-year degrees, Temple is focused on getting students out in four years.

While schools like Hartwick College in Oneonata, N.Y., are implementing three-year programs and emphasizing the financial benefits for students, Jones explained that he wants students to think of the money they could save by graduating in four years versus five or six.

Tuition for out-of-state students is roughly $40,000 over two years, Jones noted. A student taking six years to graduate loses out on a potential income for two years. That could be $100,000 lost by not graduating on time, Jones said.

He said a lot of students take so long to graduate, Jones said, because they take on part-time jobs that require 20 hours a week or more and, consequently, take fewer credits per semester.

“It would be more economical for them to work less hours, take more credits and get on the job market,” Jones said, noting that in the fall and spring semesters, students pay the same price whether they take 17 or 12 credits.

Students who take only 12 credits per semester, Jones said, tend to take summer classes to make up for it, but then pay per credit hour, which costs students more in the end.

Others spend five or more years at Temple because they change their major, “moving [them] backward in terms of time till graduation,” Jones said. The vice provost said 70 percent of students change their major at least once.

“Most faculty would like to see students graduate in three-and-a-half to four years and getting started in the job market,” Jones said.

Beyond that, Jones said, students can “time graduation to be more efficient.” If a student is in a field that traditionally hires in the spring, he or she can plan to graduate after a fall semester and can potentially get a job immediately, rather than wait until the following spring.

Soccer player J.T. Noone, for example, graduated in three-and-a-half years so he would be eligible for a spring draft. Noone currently plays for Major League Soccer’s Philadelphia Union.

While Jones’ mission may be to help students move more quickly through Temple, not all students can graduate in four years or fewer, he said, because some majors require so much outside work. Programs in the Tyler School of Art and the Boyer College of Music and Dance, for example, require practice outside class which prohibits students from taking 17 credits a semester. Additionally, Jones said some classes in the nursing program require two days of clinical work.

As others at Temple take up Jones’ cause, the university is taking measures to help students graduate on time. Among these measures is the advent of the eight-semester grid on Temple’s Undergraduate Bulletin, which tells students what classes to take in order to graduate on time, and accelerated programs like the College of Education’s 3-plus-2 program where students graduate in five years with both a bachelor’s and master’s degree.

Other such accelerated programs are in development in the chemistry and engineering departments while similar programs for medical, dental and pre-pharmacy scholars are already in place.

Sometimes, these “very high achieving students” have already earned Advanced Placement or International Baccalaureate credits, which can also help shorten the amount of time they spend at Temple.

Jackie Shiloh, a 19-year-old senior English major, entered Temple with 24 AP credits under her belt and took summer classes, ensuring that she will graduate in May 2011, just three years after entering in Fall 2008.

“You save time, you save money,” Shiloh said. “Who the hell wants to spend four [years here] if you can spend three?”

The Owls fell in overtime to Dayton in the A-10 semifinals, but considering where they came from, it was still a pretty successful season.

Noone completes his rookie season

Owls were swept in three games in the home invitational.