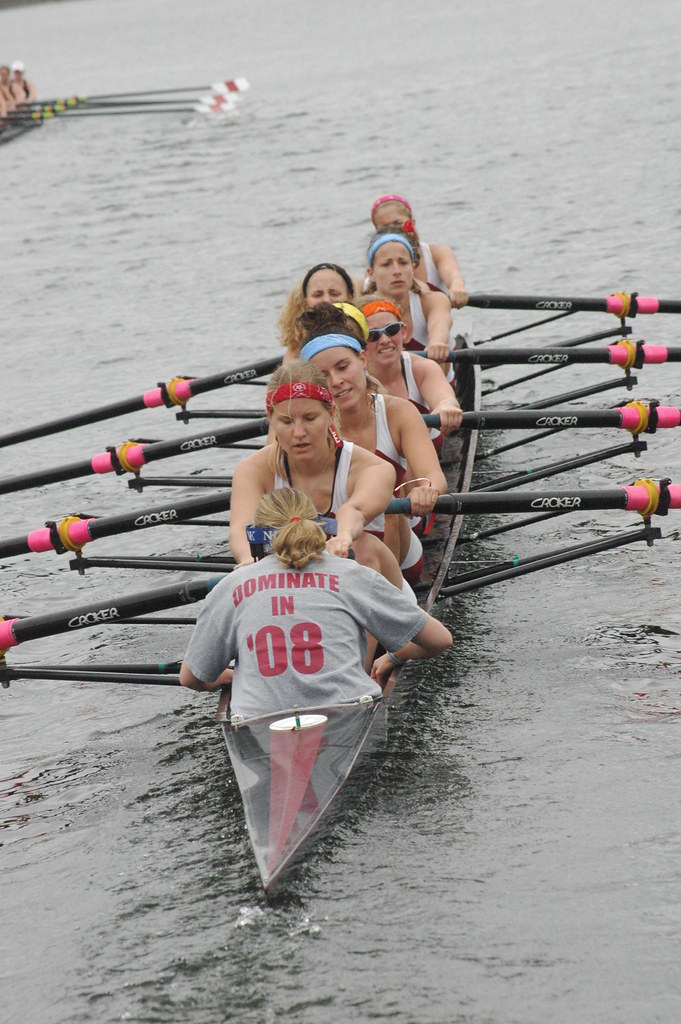 This Sunday, the women’s crew will compete in the ECAC Metro Rowing Championships on the Cooper River in Collingswood, N.J.
The Owls are expecting a better showing than their most recent seventh-place finish at the Atlantic Ten Conference Championships last week.

Rhode Island won its first A-10 Championship with 135 points. Temple finished with 61, ahead of Fordham and La Salle.

The Varsity 4 and Lightweight 8 boats each had third place finishes on the Cooper River.

The Varsity 4 also finished just behind Saint Joseph’s Sunday at the Kelly Cup Regatta on the Schuylkill River. The team of Peach, senior Jennifer Azeles, junior Carolyn Bailey, and sophomores Brynn Moore and Kelly McAndrew finished one second off the Hawks’ winning time.

MEN’S CREW
The Owls’ Varsity 8 finished seven-tenths of a second behind Saint Joe’s, enough for a second-place finish at the Bergen Cup Saturday on the Schuylkill River.

The Hawks beat the Owls in the Second Varsity 8 competition. The Owls picked up one win in the Varsity 4.
The team will compete next at the Dad Vail Regatta.

Results from last week’s election have forced Temple Student Government to hold run-off elections on April 30 and May 1.

Local nonprofit gets grant for housing construction and rehabilitation projects

The signs of economic downturn are difficult to ignore in Allegheny West, a North Philadelphia neighborhood plagued by abandoned properties and blight. The aging infrastructure of the residential area limits the opportunities for residents to