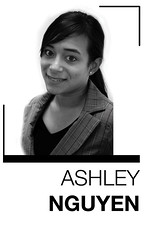 Jimmy has five children. He and his wife have been using heroin for the past seven months, but he said his children do not know he uses.

Jimmy may choose not to tell his children, but it doesn’t mean they’re in the dark about drugs.

When collecting recyclables at Norris Square Park near Kensington, elementary-aged children were asked what was not appropriate to pick up.

Norris Square Park is less than a mile from the old site of a syringe exchange that had to be moved indoors because of a drug war going on among rival dealers in Kensington.

Powell grew up in the city and learned about the effects of drug use from female support group YHAP when she was 13.

“It opened my eyes,” Powell said.

She now works to ensure that people do not contract diseases like HIV from using dirty needles.

Yaya Liem, a program coordinator for PPP and Philadelphia native, said she wasn’t taught enough about drug use either.

“We had that suburban D.A.R.E. program,” she recalled. “There are no honest conversations about drug use until people are older and already using.”

But there’s an importance to children being taught about drug usage, especially in areas where it is so prevalent. For children to simply know what items not to pick up when collecting recyclables is not enough. Instead, they need to know the harmful effects of hard drugs to prevent the commonality of drugs on the streets.

“I’ve been using on and off since ‘69,” said Dan, a frequent PPP visitor. “I’ve been in and out of rehab, but it’s the environment. People, places and things.”

Ten-year heroin user Mike Colozzo has had plenty of health scares from using.

“I almost died from abscesses,” Colozzo said while lifting up his shirtsleeve to reveal his bicep and two indents surrounding his tattoo.

An abscess is when dirt and pus build up, causing the skin to separate. It is also a direct result of using dirty needles.

But now that clean needles are available to him through PPP, Colozzo said he no longer gets abscesses and claimed he was leaving for rehab that day.

“We get a lot of people into rehab who are ashamed to go to a doctors,” José DeMarco said.

DeMarco works with PPP and Act Up Philadelphia in an effort to prevent the contraction of HIV.

“A lot of the times, people trust who they know,” Liem added. “The philosophy behind harm reduction is a non-judgment atmosphere. You form relationships and can begin recommending doctors and help.”

But if men and women had known everything they know now as children, would they have chosen the path they did? Maybe, with an abundance of outside influence. But children who see drug bottles on the ground and deals being made on street corners without truly understanding can be damaging to their futures.

In the midst of addiction, it’s too late to teach an elementary lesson.

That’s why educators need to provide examples of broken families and bring in ex-users to tell their own stories to children as they grow. The drug war lesson plan needs to be eliminated so that people can see all sides to every story.

“It’s a way of life in the ghetto,” DeMarco said.

But the more youths are educated, the less they’ll use as adults, and the less it will be a ‘way of life’ for their own children.

Ashley Nguyen can be reached at ashley.nguyen@temple.edu .

Sex and religion don’t have to be taboo

My mother always told me to leave out the following three topics at a social gathering: sex, religion and politics.

The Owls are off to their best conference start in 25 years. Their 6-0 record has come thanks to solid pitching and the red-hot bat of A-10 Player of the Week and team captain Carmen Del Mastro.