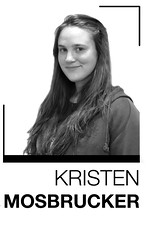 The college years are usually a time when students begin to question the faiths they grew up with. Talking about religion generally makes people uneasy, but seeing things from other perspectives can provide valuable lessons in the nuances and difficulties of being diverse.

At Temple, two Muslim women have had very different experiences.

On one side is S., who was born in Tehran, Iran, and wishes to remain anonymous.

The religion major had a difficult transition to Temple despite its reputation for being the “diversity university.”

On the other end of the spectrum, risk management major Monira Gamal-Eldin grew up in Philadelphia and is a chair member of the Temple University Muslim Students Association.

Both women choose to wear the hijab, a headscarf, which is an outward sign to the world that they practice Islam.

“Your hair is your beauty, why would you want to share that with just anyone?” S. said.

She does take her hijab off when inside, but not in mixed company. To her, it is a sign to men to respect her choice and keep their distance.

The transition to English was hard, even for an honors student like S.

The current Writing Center policy only allows students to utilize its services twice a week. This policy was crippling for a transfer student who had to write theses in her junior level courses. Despite requests, the Writing Center has not decided to alter its policies for special cases.

Later in the year, some professors gave her extra time for papers or time after class to listen because S. rarely speaks in class.

“I don’t even feel comfortable talking in class,” she said. “I come from a very social culture where I am respected, but here, it’s like I’m invisible.

“I feel that one of the main reasons I am facing these troubles is that either I cannot communicate well, or [other students] do not want to communicate because they know I am Muslim,” she said. “I am just like everyone else, I am no different.”

Gamal-Eldin said she has not experienced any problems with miscommunication. To her, wearing the hijab is a right that Muslim women are able to exercise, considering it very freeing to wear every day.

“After people get over the initial reaction, they see me, and the hijab helps them not get distracted focusing on my body and image,” she said. “It protects women from being reduced to objects.”

Fear, indifference and perpetuated assumptions about people of religions degrade quality of life for everyone. We are a global society and can’t afford to hold unwarranted prejudices. There are plenty of international students at Temple who would love to fill you in on their cultures. So step out of your comfort zone and just ask.

Social distancing is an ethical responsibility

As confirmed cases of COVID-19 increase, social distancing is a historically proven means of limiting the spread of infection.

A student reflects her contrasting quarantines, from the United States to home in Brazil.

The Owls allowed Drexel to score two-thirds of its points in the paint, but they beat the Dragons 63-60 on Saturday at the Liacouras Center.