Columnist Caitlin Weigel meets her match with the frozen treats served at Capogiro.

I know the point of this column is to try out new foods in Philly and then attempt to re-create them in my own kitchen. So far this has been a fairly successful endeavor with very rewarding results. But it doesn’t always end up that way. 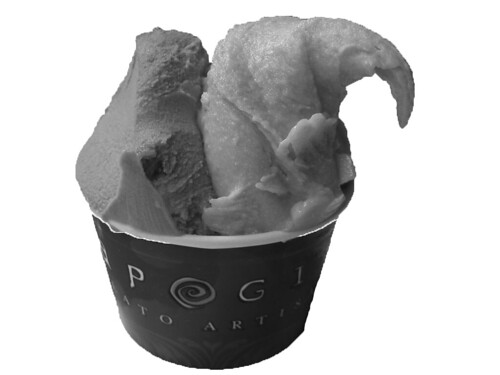 Sometimes, I come across foods I wouldn’t even dream of attempting in my own kitchen. Case in point: Capogiro’s gelato.

Capogiro Gelato Artisan creates its gelato fresh every day with local ingredients. Flavors range from classics, such as Tiramisu and Nutella to Sea Salt, Tomato and Lime with Cilantro. Its four locations around Philadelphia – including locations in Rittenhouse Square and South Philly – make it easy to convince yourself that you’re in the neighborhood and deserve a treat.

I’ve been a faithful Capogiro consumer for the past two years and always make it a point to try new flavors. No matter what the season, if I happen to walk past this gelato sanctuary, I’m making a stop. No matter how much I’ve complained about being a broke college kid, I always scrounge up a few dollars for a gelato.

And that should be noted – this ain’t no corner ice cream shop. This is some gourmet stuff, so expect to pay some gourmet bucks. The smallest size, which includes two flavors of gelato, is a steep $4.50. But I swear to you on all things delicious and dairy-licious, it is totally worth it.

Now that I’ve waxed on about the goodness of Capogiro and its exotic gelato flavors, I think you can understand my dilemma when it came to re-creating it. If I could somehow master the art of the gelato, I would be saving some serious cash. I could also experiment with whatever new flavors I fancied and would probably become insanely popular with my new title of “Gelato Goddess.” (Which is definitely what everyone would start to call me).

My knowledge of making frozen treats is fairly limited. I’ve made runny ice cream at camp by shaking a coffee can of milk around in some ice. I also used to make some pretty delicious ice cream soup, a concoction that combines snow with milk and chocolate syrup. I realize this sounds really insane when it’s typed out.

I have no idea why 10-year-old Caitlin thought that was an appetizing recipe, but it was one of the highlights of my snow days. While everyone else was sledding or having snowball fights, I was gorging myself on a brown-ish, watered-down milk essentially.

Needless to say, my past forays into the world of frozen desserts didn’t make my present gelato dreams seem very promising.

So, I gave up on this one. Not in a lame way of course, but in a humble, noble way because sometimes there are things you’re better off just buying. I knew if I attempted to make gelato, I would end up with sugar and cream all over my house and possibly face a steady stream of tears to clean up the sticky mess.

It looks like it’s Capogiro: 1; Caitlin: 0 in this round. But as long as I can still mosey on down to 20th and Sansom streets and pick up a cup of bunt sugar and Thai-coconut milk gelato, I would hardly consider myself a loser.

Caitlin Weigel can be reached at caitlin.weigel@temple.edu.

Expanding access to high-speed rails in the U.S. overlooks the need for local access to jobs and other services. There is no doubt in my mind that the United States’ inner-city rail transportation system is

For 62-year-old Albert Kendrick, Gov. Tom Corbett’s proposed budget seems a little off. “None of the stuff on that budget sounds right to me,” Kendrick said. “It seems so terrible.” Kendrick said he understands the

What’s a girl to do when she realizes her most rock bottom of dreams has already been done? I would go as far to say I have pined to be the star of a mediocre