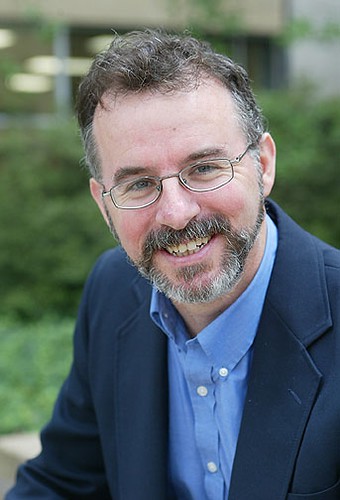 Dr. Robert Levis, Temple’s chemistry department chairman, has been teaching the university’s Chemistry of Wine course for two years. This Gen-Ed science course covers a wide range of topics dealing with both the scientific and cultural aspects of wine. In true Bar Guide spirit, Levis brushes on a few of the topics that are included in his class and answers some frequently asked questions about wine.

The Temple News: Wine has been a part of many cultures throughout history. What is it about this beverage that is so appealing to people?
Robert Levis: The fact that two, three, four, six, seven thousand years ago, getting clean water that wasn’t going to kill you was a big deal. It turns out, wine, if its kept properly, just won’t spoil. In and of itself, it’s a source of water that doesn’t have bacteria in it. They watered the wine down, which was a way of extending their water supply. Back in the old days, not only was wine a useful thing to have when having a gathering or a party – it was actually required, it was necessary. So when you have these things as requirements to live, that develops into a culture of its own.

TTN: What are the different ingredients that make up wine, and what factors make each bottle vary in price?
RL: Cheap wine and good wine – 99 percent of it is exactly the same stuff. It’s 86 percent water. The next main thing is alcohol. [Wine is] roughly 12 to 14 percent alcohol. Then, what you’re looking for is the balance of acidity and [polyphenols found in grape seeds, stems and leaves known as] tannins, and you can just mix those in if you want. So that ain’t it.

What it boils down to is being able to create the right pallet or the right composition of what are called aromatic molecules. You can smell 10,000 different chemicals, so what they are doing is they’re making the yeast that ferments the sugar to make wine, and they’re making the yeast work in certain ways that give off these byproducts that you want. And so the difference between the $2 bottle and the $2,000 bottle is almost nothing. Except that it’s everything.

TTN: What are the key differences when comparing white and red wine?
RL: The red wine has many more aromatic molecules. It’s got much more tannin because the red wine ferments for a few days to three to four weeks, depending on how much tannin you want to extract. The tannins are the things that give the wine its grittiness. White wine is much lighter. It’s much fruitier. It’s usually more acidic, and it doesn’t have as much structure.

TTN: Do you personally prefer red or white wine?
RL: I’ll definitely drink more red wine than white wine. It’s more fun and [makes for] more of a conversation than white wine. White wine for me is like background music. It’s nice to have it, but it’s not like you miss it with a meal at least. If you have certain meals without red wine, the meal is nowhere near as good.

TTN: How would one go about making wine? Do you teach wine-making in your class?
RL: You take your 5 gallons of white and red juice and a packet of yeast, put an airlock on the top, which basically lets the [carbon dioxide] that evolves as fermentation occurs out and keeps air from coming in, because the air will spoil the wine.

We actually use this thing that [students] like. You want to learn how to make wine, and we teach them chemistry that way. Otherwise, the eyes roll back, the head leans on the back of the chair, and everybody’s snoozing. If you can make it compelling – and it’s not easy to make chemistry compelling – they hang in there.

Sheila Stanton can be reached at sheila.stanton@temple.edu.

Maryland-raised Melanie Martin is a natural city girl. Beginning her college career as a shy freshman who hardly went out on the weekends, Martin has matured into her senior year. A communications major, Martin hosts the show “Fabulously Focused” on Temple’s WHIP and has recently created her own Web site based on the show.

People You Should Know: Tariq Craig

Since graduating from Temple in 2003, 29-year-old Rev. Tariq Craig has established himself as a prominent Philadelphia minister. But last year, Craig faced an unexpected challenge after he was diagnosed with a rare form of

Today, Jan. 31, state-related universities throughout Pennsylvania are traveling to Harrisburg to advocate for greater state funding for higher education. Ken Lawrence, a 1995 political science alumnus, is the senior vice president for government, community