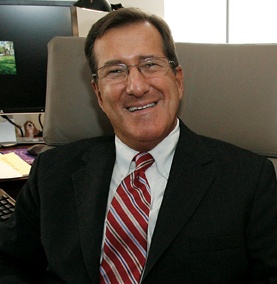 Ronald. T. Brown has been named interim dean of the Kornberg School of Dentistry, starting May 1, according to a university press release.

Brown is dean of Temple’s College of Health Professions and a professor of public health. He is a pediatric psychologist who specializes in chronic illnesses and learning disabilities that affect children and adolescents.

The academic has been awarded more than $10 million in research funding through his career to study various issues in his field, including the oral health of black adolescents who have diabetes and learning impairments of survivors of childhood cancer.

Brown will continue to fill his role as dean of the College of Health Professions during the national search for a replacement for Martin F. Tansy.

In October, Tansy announced his intentions to resign. He first planned to leave June 30. A university was unavailable to immediately explain why an interim dean is needed May 1. Tansy, who first became dean in 1987 after one year as acting dean, plans to return to full-time teaching, another university release said. He has been a Temple faculty member for 45 years and will return to the university’s Department of Periodontology and Oral Implantology.

Brown had also been chairing the search advisory committee to replace Tansy. Deputy Provost Richard Englert will replace him. For more information on the search, see www.temple.edu/provost/dentistrydeansearch.

Men’s basketball coach Fran Dunphy said he was looking for loyalty, a solid work ethic and an understanding of the duties of coaching when he selected his first Temple coaching staff.It turns out Dunphy had

Larry F. Lemanski, the senior vice president for research and strategic initiatives at Temple, has joined the board of directors of Biostrategy Partners Inc., an Elkins Park nonprofit servicing early stage life science companies in

TUJ dean retires for the sea

Kirk Patterson wants to sail the world.The current dean of Temple University Japan, who announced his retirement at a campus-wide meeting on Aug. 27, is looking beyond his departure at the end of this month.It