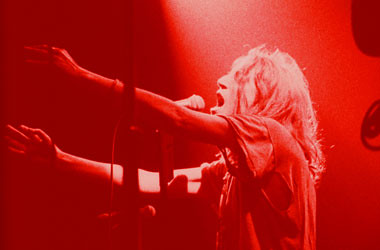 The 17th-annual Philadelphia Film Festival will arguably be the biggest and most influential one yet. The festival will run from April 3 to April 15 and feature more than 260 films that capture the crux of Philadelphia’s culture.

“We program for Philadelphians,” said Ray Murray, the artistic director of the Philadelphia Film Society. “We seem to be on a roll with what the people want and we are bringing in new crowds.”

Apparently, that includes a plethora of genres from local filmmakers in the Philadelphia area, as well as in regions as far away as Afghanistan.

“The festival has a very wide reach with niche markets like noir, Indian, family and documentary, as well as indie films that were financed with maxed-out cards and scrounged-up money from friends and family,” said Thom Cardwell, director of media relations for the film society. “Unlike other art film festivals that may only attract certain types of socio-economic or cultural followings, the Philadelphia Film Festival can speak to different people who share a commonality in going to the movies.”

The Festival of Independents program will feature locally produced films as well as those that deal with Philadelphia culture, like Richie Ashburn: A Baseball Life, which documents the life and times of one of Philly’s most beloved professional athletes.

“[The Festival of Independents] is about whatever has fans or an obvious regional component,” said Scott Johnston, lead programmer of the Festival of Independents for the Philadelphia Film Society. “Some films have a strong connection to Philly, New Jersey, Delaware or Washington, D.C., whether they were produced, shot or launched there, while others have a broader international function.”

One such regional film is Benjamin Herold’s First Person, which documents the struggles and successes of six promising inner-city teens who have dreams of attending a four-year college. First Person captures more than two years of its subjects’ high school careers – and reaches a disappointing conclusion when none of the characters gain acceptance into a four-year college at the end of the film.

Herold, who attended Temple for urban studies, will premiere First Person at the festival, but his work has already caught the attention of Philadelphia First Lady Lisa Nutter.
“If you really want to understand the challenges of young people growing up in the 21st century, see this film,” Nutter said. “You will want to get up and be part of the solution.”
Another noteworthy documentary is Philadelphia native Joe Barber’s Electile Dysfunction, which will premiere during the festival. The film features interviews with Sen. Barack Obama, Al Gore and Sen. Arlen Specter.

“It’s a documentary about how the presidential candidates get marketed to the public,” Barber said. “Basically, these advertising guys sell candidates like certain brands of cereal.”
This year’s festival will incorporate more music into its programming, Murray said. Young @ Heart, the opening night film, is a documentary about a choir group of 72- to 88-year-olds who croak out renditions of songs by Coldplay, The Ramones and The Clash. The closing night film is Patti Smith: Dream of Life, an intimate documentary about the woman who innovated punk rock with her album Horses. The 1920 silent film Jekyll and Hyde, which stars Philadelphia native John Barrymore, will feature a live accompaniment of an original score by local rockers Golden Ball.

“The Philadelphia film community is big enough to attract big-name stars and small enough to meet them,” Murray said.

There will be screenings of The Deal, a romantic comedy starring William H. Macy and Meg Ryan, which is apparently reminiscent of Audrey Hepburn and Spencer Tracy films, as well as screenings of The Forbidden Kingdom, a martial arts movie that stars Jackie Chan and Jet Li.

“I’ve always thought that I have more pop taste with films than artsy and serious taste,” Murray said. “Diversity creates interest in the audience.”

Despite the big-name appeal, Murray and Cardwell seemed most excited to bring in foreign film curators to screen four Indian films, each featuring a different region of India and in a different dialect.

“We want to tweak the audience by offering them films that may not be exactly to their liking and taste,” Cardwell said. “I encourage everyone to see a film from a country that they know nothing about that is in a language you don’t speak, because you may discover something new about the world we live in.”

“One of the problems of a big urban university is that people are scattered,” said Tchet Dorman, director of the Office of Multicultural Affairs. Dorman and his office are trying to help people on campus

Philadelphia’s own State Sen. Vincent Fumo, among his other distinctions, sits on the board of trustees for the National Constitution Center, a museum enshrining the most sacred government document in the land. The man ought

Don’t forget to wash your hands…

To pee, or not to pee: that is the question. There are few things that are more uncomfortable than needing a restroom in public. Many businesses only offer their bathrooms to paying customers, while some