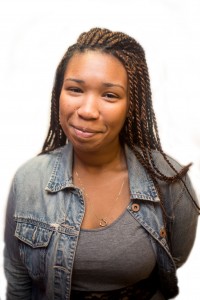 Studying abroad is a time many students take to explore and switch up the daily grind of college, but I haven’t found myself less busy in London.

The most momentous event this week was the interview for my internship at travel company Isango. I have always found interviews to be nerve-racking and I was particularly apprehensive at the idea of interviewing in an unfamiliar country.  Each student was given instructions in orientation on what to expect at a British interview. All that information went out the window as I was waiting in the reception area for my supervisor. To my surprise, the interview was more like a conversation between two people who already knew each other.  I found the casual setting to be  much more conducive to making a good impression.

I’ll admit that I was not excited to work at a travel company. I couldn’t see how I could showcase my passion for writing within the constraints of a travel company. Little did I know, I would get to combine my love of traveling with my desire to write.

This past weekend, our study away professor took us on a day trip to Brighton and Beachy Head. The first stop was Brighton, a quaint town on the south coast of England with narrow alleyways full of boutiques and the aroma of every kind of food you could think of. Most of my time was spent near the beach.

Brighton does not have the typical warm-sand beaches familiar to Americans. Brighton’s beach was covered with rocks and a cool ocean breeze. A few of my friends and I decided to see if Brighton had any competition with the fish ‘n’ chips we normally eat in London.

Though our favorite dish once again went undefeated, I was amazed to see the quantity of fish on my platter. The piece of fish I had was the size of an average Philly cheesesteak. I’m proud to say I ate every last bit of it.

The next stop of the day was to Beachy Head also known as Suicide Cliffs. Being from the city means I don’t get the opportunity to see pastoral  landscapes or enjoy moments of silence. While in Beachy Head, I was taken aback by the vista provided at the top of a cliff.

“To my surprise, the interview was more like a conversation between two people who already knew each other.”

All you can do is stop and take a second to appreciate the little wonders in life. I can’t remember the last time I sat in grass and looked up at the clouds. It was something straight out of a novel. Not many words can describe the beauty and serenity of Beachy Head.

I capped off a great weekend by watching my friends play football in Hyde Park. Since I’m not that much of an athlete, I was the ‘football mom’ to all my friends who did play. With my magazine and blanket in tow, I cheered them on, even as it started to rain and hail. They were true Brits that day, continuing to pass the ball as I sat under an umbrella in the wet grass.

At the beginning of this semester I dreaded coming to London, which meant leaving everyone and everything I knew behind for 15 weeks. With three weeks under my belt, I find myself not wanting to return to the U.S.

I’m not saying one country is better than the other, even though the Brits have us beat for cleanest public bathrooms. London is starting to become my home – when I say, “I want to go back home,” I’m not talking about New York City. I’m referring to my little room on King’s Road.