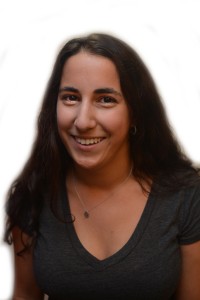 When I applied to colleges, there were only a few institutions on my 18-year-old radar. I loved visiting Temple and was excited to attend, but I was really jazzed about the fact that I felt I was making a smart economic decision for my future self.

I accepted my $5,000 scholarship to Temple over other more expensive options and was grateful to have financial aid at all.  And so I dove head first into the largest financial gamble I have ever made. But had I been born a few years later, I would never have needed to make that gamble.

Attracting high-achieving students is a priority at any institution. What better way to do this than to offer competitive scholarships? In order to compete for those prospective students with the best test scores and GPAs, Temple introduced a new scholarship program for the incoming class of 2017.

Incoming freshmen with superior academic and standardized test performances can qualify for full scholarships, complete with three $4,000 summer stipends to be used to study abroad, finance an unpaid internship or fund research.

But if you aren’t in the class of 2017, you don’t qualify for this merit-based aid. The best you can do is $5,000 per year for in-state students, or $10,000 out-of-state. Upperclassmen are not automatically eligible for summer stipends, either.

It’s great that Temple is awarding large scholarship packages to high achievers. A university is supposed to be a place where brainy people thrive and are rewarded.

But I do take issue with the fact that my school has done little to increase scholarships for upperclassmen, especially the countless students that have proven their excellence since they arrived years ago. In fact, tuition has only gotten more expensive.

Sophomore Don Otto missed out on a larger scholarship by just one year.

“As someone who falls in the category of too rich for financial aid and too poor to afford college, I am forced to rely on scholarships to help pay for college,” Otto said. “And there is a big difference between the amount of money I got and the amount of money I would have gotten if I were a year younger.”

Otto said he works two part-time jobs to make up the difference.

Junior Megan Okonsky said a summer stipend would have sealed the deal for her as a high school senior deciding between schools. Such a stipend, she added, would have made it possible for her to study abroad in the program of her choice, bringing another dimension to her academics.

“Now I’m struggling to get money to study abroad and must apply for scholarships on my own, and I’m so angry that these kids lucked out,” Okonsky said. “[The scholarship system] gives priority to kids who are unknown to the school thus far. I’m thankful for the scholarship Temple did give me, but it seems like nothing compared to what the freshmen got this year.”

There aren’t many new breaks for students in Temple’s graduate or professional programs, either. A large number of students in these programs are already in debt from their undergraduate studies and are only digging themselves deeper by continuing their studies.

Grace Patterson, a freshman at the School of Pharmacy, said she can’t help but compare her experience to that of her sister, a future Owl.

“On one hand, I am overjoyed at the prospect of more financial aid, because it means that my sister will attend school here for free, but on the other hand I am outraged,” Patterson said. “If only I had been born four years later, I would also have a full ride. Current Temple students should be eligible for the same scholarships that the incoming class is being offered. We worked just as hard as the incoming classes, so we should be rewarded in the same manner.”

Tons of students struggle to finance their degrees. Seventy percent of first-year students receive need-based aid, but Temple’s financial aid often does not cover the entire cost of attendance. Rather than distribute scholarship funds in an equitable manner to assist all students, regardless of their class year, Temple seems to be preoccupied with attracting academically talented freshmen. If Temple is not able to spread these scholarships around to the entire school, the rest of the student body deserves to know why.

Nina Lispi can be contacted at nina.lispi@temple.edu.

Alumnus Robert Bagramian donated $700,000 to the Kornberg School of Dentistry for scholarships.

In memory of a business professor who died in a car crash last month, students held a fundraiser to raise money for a namesake scholarship.