The two campaigns competing to lead Temple Student Government for the 2019-20 academic year debated Thursday night in the Student Center.

The campaigns — BecomingTU and RiseTU — discussed TSG’s internal issues, student body initiatives and role on the university’s Board of Trustees. The debate was moderated by members of TSG’s Ethics Board.

The teams will debate again on April 1, with moderation by The Temple News and Temple Update. Students can vote for next year’s executive team starting April 2 and will end on April 3.

For this story, The Temple News reviewed what candidates said during the debate and added context to their arguments. 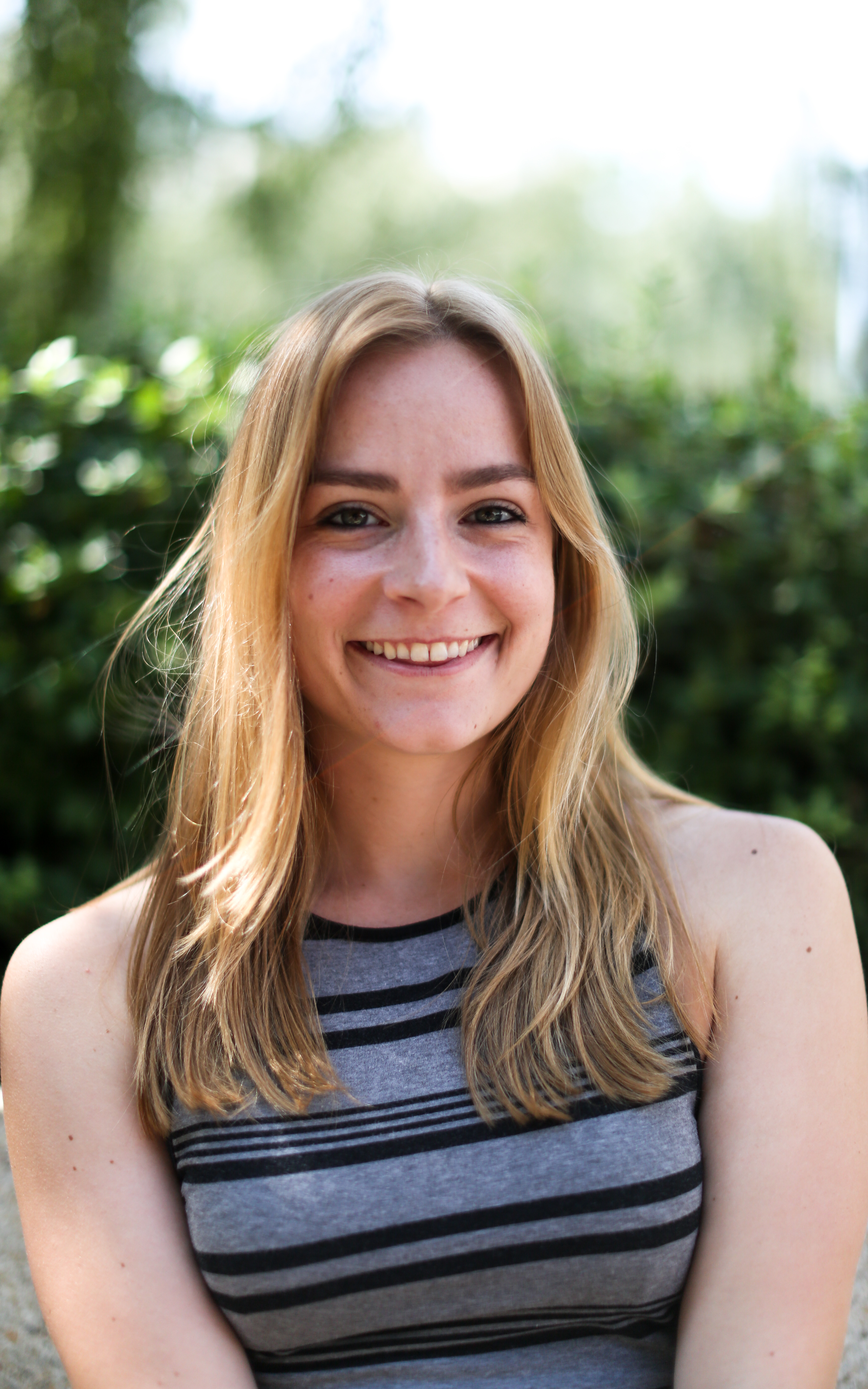 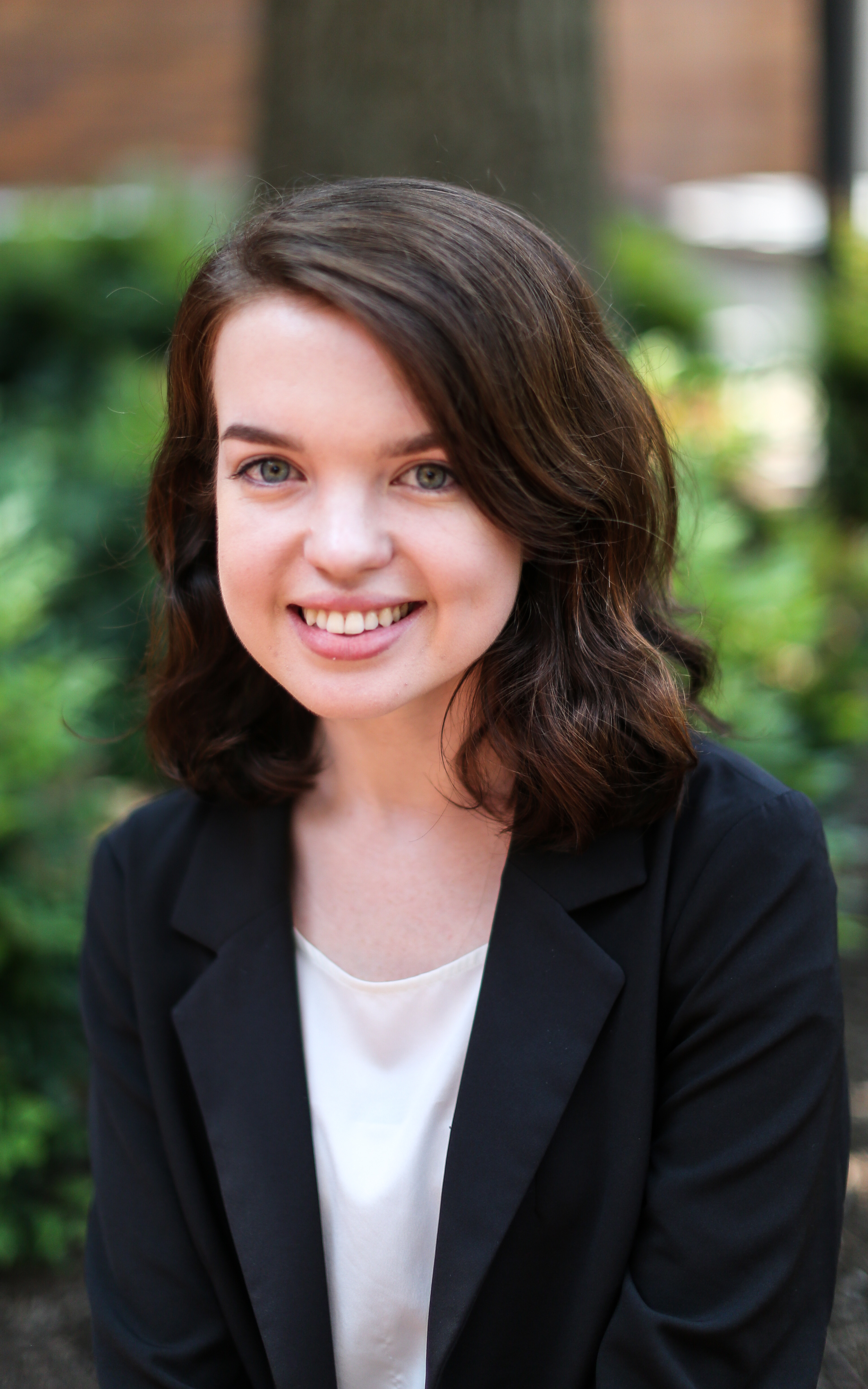 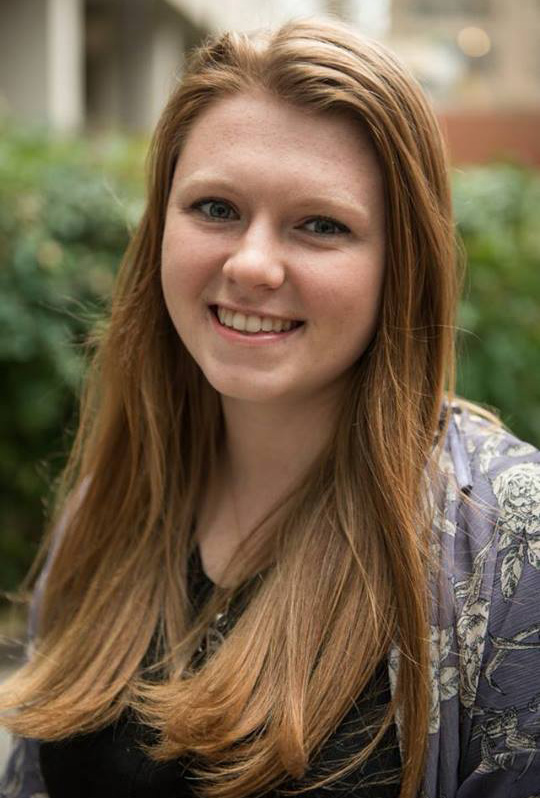 Before questioning began, Parliament Speaker Razin Karu, the president of Temple’s Muslim Students Association, made remarks about the terrorist massacres on Friday against worshipping Muslims at two mosques in Christchurch, New Zealand, where 50 people were killed and dozens injured.

Ethics Board members asked if BecomingTU and RiseTU took issue with university administration’s lack of response on the shooting. In October 2018, President Richard Englert released a statement and encouraged students to go to an on-campus vigil for Jewish community members who were killed during the Tree of Life synagogue shooting in Pittsburgh.

“The fact that we haven’t received anything about that is very alarming,” said Alexandra Gordon, RiseTU’s presidential candidate, in response to the Ethics Board’s’ question. “…We need to speak up against this because it affects the comfortability of our students.”

One of RiseTU’s platform points is to add “permanent and adequate” spaces for prayer on campus for religious groups, especially those who practice prayer more than once per day.  BecomingTU agreed those spaces should be implemented.

“BecomingTU also agrees that the faith spaces the university provides are not adequate and we would like to expand on those,” said Kaya Jones, BecomingTU’s vice presidential candidate of external affairs.

The university currently provides the Student Center’s Interfaith Prayer Room, which holds about eight people, The Temple News reported in April 2017, but this is the only space for students and faculty who practice Islam. Christian and Jewish groups on campus have their respective centers for worship.

In addition to the administration sending the university community a statement about the Tree of Life shooting, Temple hosted an on-campus vigil in October for the 11 people killed. Nearly 200 students attend the event, which was organized by Hillel at Temple University and Chabad at Temple University.

Both of BecomingTU’s and RiseTU’s platforms mention diversity and anti-discrimination initiatives. Last academic year, there were several public displays of racism and discrimination on Main Campus. In September 2017, a male student allegedly placed a banana on the door handle of a group of Black students’ room in Morgan Hall North. In December 2017, an unidentified person placed racist posters throughout Main Campus. In February 2018, the student organization Queer People of Color received a letter containing racist and homophobic language. In May 2018, an account registered to a Temple journalism professor was found to have posted anti-Muslim comments on media outlets’ websites.

Both teams defended their plans to increase participation in TSG, emphasizing the importance of transparency and students’ accessibility to TSG members.

BecomingTU states in its platform that, if elected, the team would require members of TSG to attend meetings of students organizations they aren’t members in for two hours each week. Francesca Capozzi, BecomingTU’s presidential candidate, said these “out-of-office office hours” are in response to students’ concerns that they lack connection with TSG.

“We are making it easy for the students, and we’re going to go to them,” Capozzi added.

RiseTU aims to have “mobile office hours,” offering time when members are on campus and using online video chatting to meet with students and listen to their grievances, Gordon said.

The two teams went back and forth about Parliament’s effectiveness and discussed the Ethics Board members’ constitutional decisions, which it makes when TSG has internal disputes.

If elected, BecomingTU will request that Parliament be inactive during Fall 2019 to fix issues like vacant seats in the legislative body, passing resolutions and making progress on those resolutions.

“We need to take this time to take a step back and look at what’s the problem and go from there, so [Parliament] can not only be effective next year, but for years to come,” Capozzi said.

But Alex Rosenberg, RiseTU’s candidate for vice president of external affairs and Parliament’s current junior class representative, said making the body inactive would be against TSG’s constitution and Parliament members who are on TSG’s senior leadership team would have to vote in favor of its own semester-long hiatus.

“I can’t imagine any Parliament member voting to be inactive for that semester,” Rosenberg said.

Capozzi acknowledged that the Executive Branch would need Parliament members’ approval to make the body inactive.

“Making a body, which is a co-equal part of our Temple Student Government, making it inactive for an entire semester, does not promote productivity,” Rosenberg added. “It decreases it, and it ruins it. We want to work with our Parliament.”

In RiseTU’s platform, it suggested the Executive Branch have weekly meetings with Parliament leadership and monthly meetings with the body to increase communication between the two.

The teams disputed whether Parliament can have its own social media platforms and space in TSG’s office.

Capozzi alleged that Parliament had the power to create its own social media this year, which Rosenberg refuted and alleged members were told they were not allowed to create their own.

Just before the debate’s intermission, Morrease Leftwich, the Ethics Board’s chief judge, asked candidates about their knowledge of Ethics Board decisions and the board’s efficacy.

When the Ethics Board mandated Parliament propose 15 resolutions when it hadn’t passed any resolutions five weeks before the end of Fall 2018, Rosenberg said, it got the body to move and propose nine of them.

“We struggled the beginning of fall semester to fill our seats, and that was a problem, so it got us moving,” Rosenberg said.

Since Parliament was created, TSG has struggled to include it in initiatives and give it autonomy. IgniteTU decided to share part of its budget with Parliament so it could put funding behind its resolutions.

Parliament has struggled the entire academic year with filling its 37 seats. It also did not propose a resolution until the Ethics Board mandated it to do so at the end of Fall 2018.

IgniteTU initially got rid of weekly General Assembly meetings and switched to solely email newsletters to keep student organizations informed and involved in TSG. It then changed to bi-weekly, mandatory town hall meetings that organization representatives are required to attend for allocations.

The proposal for an on-campus stadium was briefly mentioned by both teams. RiseTU and BecomingTU are against the proposal.

RiseTU expressed concern with the lack of healthy, affordable food options for students and community residents. It wants to incorporate greater options for the local area through a partnership with U.S. Rep. Dwight Evans’ fresh food initiatives.

RiseTU consistently called North Philadelphia a food desert, which it is no longer officially considered because of the establishment of Fresh Grocer in 2009. The area was not serviced by a major food provider prior to its opening in Progress Plaza.

BecomingTU said the expansion of Temple’s campus would be more effective with a “building up” approach. This means constructing additional, taller campus buildings closer to Main Campus, rather than constructing them further away from Main Campus and leaving a larger footprint in North Philadelphia.

Rosenberg continued to promote the work he’s put into a Parliament resolution this year to create a dog park near or on Main Campus. It would be for both students and community residents to use, he said while fielding a question on whether establishing a dog park would contribute to gentrification.

Community groups like the Stadium Stompers, NAACP and many local churches have advocated against the construction of an on-campus stadium. The current TSG administration doesn’t support the proposal.

Anti-stadium organizations have marched to City Hall, held town halls and protested outside Board of Trustees meetings to express their concerns about the proposal.

In March 2018, protestors disrupted a university town hall on the stadium during remarks by President Richard Englert. Englert was removed from the stage with the help of security. The university has not publicly announced stadium information since the result of that event.

A popular opinion among community groups and prior TSG campaigns on the issue of Temple expansion has been the idea of “building up.” The Stadium Stompers have specifically advocated for the university to cease acquiring land outside of its current boundaries.

Both teams’ platforms advocate for better representation of students on the Board of Trustees.

Student body presidents are currently invited to sit on the Board as a non-voting member during public meetings.

On its platform, RiseTU mentions the Board of Trustees, but not specific plans to reform the student liaison position. BecomingTU wants to create a voting seat for a non-TSG student on the Board, according to its platform. This position would be the first of its kind at Temple.

Trustee Mitchell Morgan will take over as chairman of the Board in August after Patrick O’Connor’s tenure ends. Capozzi, BecomingTU’s presidential candidate, said this leadership transition is an opportune time to strengthen TSG’s relationship with the Board.

“Through a voting seat, students’ voices will actually be able to be heard and elevated and used,” she added.

BecomingTU offers several options to increase sexual assault awareness on campus in its platform. RiseTU’s platform does not include “sexual assault” or “sexual violence” specifically, but mentions expanding reporting tools for Title IX.

Neither platform states that the ticket will advocate for a 24-hour crisis center specific to rape or sexual assault, but RiseTU’s platform does mention a 24-hour center for “students in crisis” under its Tuttleman Counseling Center reform section.

In 2017, the campaign Empower TU helped push for the university to partner with the organization Women Organized Against Rape to offer the organization’s resources to students. WOAR officially opened a satellite office near Main Campus on Feb. 1, 2017.

Following the partnership, students still pushed for a Temple-specific center to be built.

Moderators did not ask any question — nor did any candidate mention — sexual assault or mental health awareness, issues consistently of concern for students.

RiseTU did mention Title IX, which guarantees no person be excluded or discriminated from educational programs on the basis of sex.

can be reached at lakota.matson@temple.edu. Follow The Temple News @TheTempleNews.

Owls on the Hill expands

The yearly trip to Harrisburg will now be proceeded by monthly classes.

Trustee passes away after long battle with illness

Trustee Joan Ballots had been a board member since 1995.