Who would have guessed in 1991 that the post-Cold War era would last only a decade? That, just less than 10 years later, an even more momentous event than the collapse of the Soviet Union would come to shape the lives of our generation? The enormity of Sept. 11, 2001, is now almost utterly uncontested – for better or for worse, the events of that morning changed everything.

The past six years or so have seen the number of books published on terrorism, the Middle East, Muslim culture and countless related topics increase exponentially. Add now to their mix The Second Plane: September 11: Terror and Boredom, by the English author Martin Amis. Controversy has never been something for Amis to shy away from, and this collection of essays is no exception. In The Second Plane, Amis tackles life in the post-Sept. 11 world with his fury unchecked – an approach that many have, and will, object to.

There is no denying that The Second Plane is rife with bigotry. There is bigotry, most certainly, and a good amount of it. But there are also truths — uncomfortable truths — that, with difficulty, can be sifted out of the vitriol. Example: “And doesn’t Texas sometimes seem to resemble a country like Saudi Arabia, with its great heat, its oil wealth, its brimming houses of worship and its weekly executions?”

Amis has a talent for arguing by analogy – although not, perhaps, quite such a highly developed talent as he seems to think. The essays in The Second Plane lambast everybody involved in the events leading up to and following the Sept. 11 attacks: Osama bin Laden, George W. Bush, Tony Blair and even Ronald Reagan, whom Amis (in a rhetorical move sure to alienate American conservatives) goes so far as to compare to Iran’s Mahmoud Ahmadinejad. 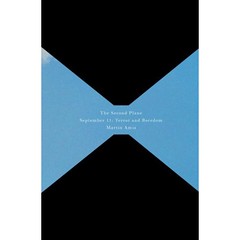 If there is one thing Amis is not, it is sensitive. If there are two things, then the other is undoubtedly modest. In skewering the entire political spectrum, all world religions, a good part of the artistic and business worlds, and seemingly anybody else he can think of, Amis reveals an almost total disbelief in anything other than his own infallibility. And the worst part is, there are times when you can’t help but to agree with him.

Even if you remain unconvinced by Amis’s arguments – and I, it must be said, was rarely swayed from my own beliefs – The Second Plane is worth reading simply as a penetrating analysis of how the fabric of life itself was changed by the Sept. 11 attacks. And though it is often obscured beneath his divisive, virulent prose, the question that drives Amis belies his good heart.

“What has extremism ever done for anyone?” Amis asks in his author’s note. “Where are its gifts to humanity? Where are its works?”

On a sunny Saturday afternoon in South Philly’s Italian Market, Phil Coty, 24, sits outside of his art gallery, Bobo’s on 9th, listening to the radio and writing “Aw, shucks!” on a piece of graphed

There’s a tendency among book readers and book critics alike to use the phrases “summer reading” and “beach reading” somewhat interchangeably, as if the only books published between the months of May and August were

Postmodern literature with heart and humor

Authors, like members of any other profession, have their own quirks and specialties. For instance, Dickens was particularly good at crafting memorable characters, while Hemingway is worth reading for the sound and rhythm of his